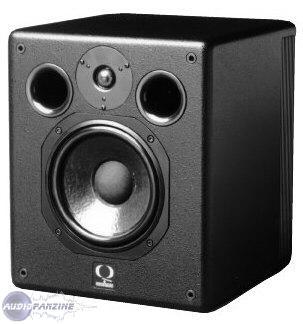 (contenu en anglais)
Afficher la traduction automatique
Afficher l'avis original
The Quested VS 2108 is a high end studio monitor, that usually comes as a single speaker rather than a pair. They are pretty big, but aren't as big as some of the other Quested monitors and can be moved around. They are best used as near field monitors and especially great for mixing. They are self powered monitors and also have a great, sleek look to them!

The VS 2108s have a great sound overall that covers the full frequency spectrum and portrays a truly accurate sound of the audio you are sending to them. The number one thing I look for in studio monitors is that they won't color my sound and will show me the audio exactly how it is. The monitors are large enough that they have a huge low end presence as well. The stereo imaging is definitley satisfactory and the dynamics are accurate and respected.

I've been using the Quested VS 2108s for about five years and they remain one of the best near or mid field monitors that I have used. Being that they give an accurate sound, they are great for mixing and it seems everything I mix on these transfers well to other playback systems. The VS 2108s are probably not an option for the home studio owner, as they cost a bit over $2,000 USD for each single monitor. For the professional putting together a studio, these are truly a great option for mixing and playback. I have used these monitors in a major studio in NYC and are really some of the best monitors on the market. While there are definitely cheaper options that sound great, it is about personal preference and I would definitely recommend those interested to listen to these monitors and other like it before buying.
Le VS Quested 2108 est un monitor-studio haut de gamme. Assez grosses, ces enceintes sont cependant moins encombrantes que d'autres moniteurs et peuvent être déplacées. Elles seront mieux utilisées en champ proche. EIles sont actives et ont également une allure élégante bien à elles, et seront mieux utilisées en champ proche...