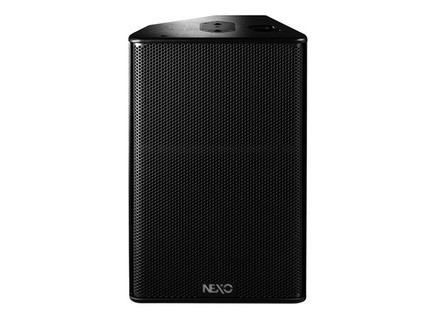 Nexo PS 15
5
Afficher la traduction automatique
Afficher l'avis original
The Nexo PS15 comes from Europe and it is a very well built loudspeaker made by a company in Paris. We have used these speakers multiple times over the last 7 years, the first time we used them was in 2005 and we used them in a club. The crossover frequency is 900 Hz. You can turn these babies up and they are loud. I have used them in very large venues and clubs. Even in outdoors spaces they sound great.

This loudspeaker system isn’t even considered the top of the line system that Nexo makes.

We used the PS15 as a floor monitor and never really took it off of ground level. It does have a built in stand fitting 35mm if you want to use it on a stand (sold separately) . These loudspeakers do need a woofer for them to have that thump that I love in a club. So we had a Yamaha sub woofer to carry out the duties of the low end.

The PS15 weighs just over 50 pounds which makes it easy enough to still move it around if you need to. The frequency response is 50Hz-18kHz. If you use it with a 1200W amplifier you will be more than satisfied on how it sounds.

The sound that comes out the Nexo PS15 was very crisp, the highs where very clean and not too bright. Still keeping presence of the mids in the mix.. The lows are not absent, but the PS15 just needs a woofer to give that low end its thickness. But the overall quality of sound was very good and I look forward to seeing more products over here in the US from Nexo located in Paris. I am happy that I had the chance to use the Nexo PS15, the quality was amazing and the price was affordable. I am still keeping my eye out for more loudspeakers that are affordable from Nexo. This is the first Nexo product that I have tried and I am very impressed.