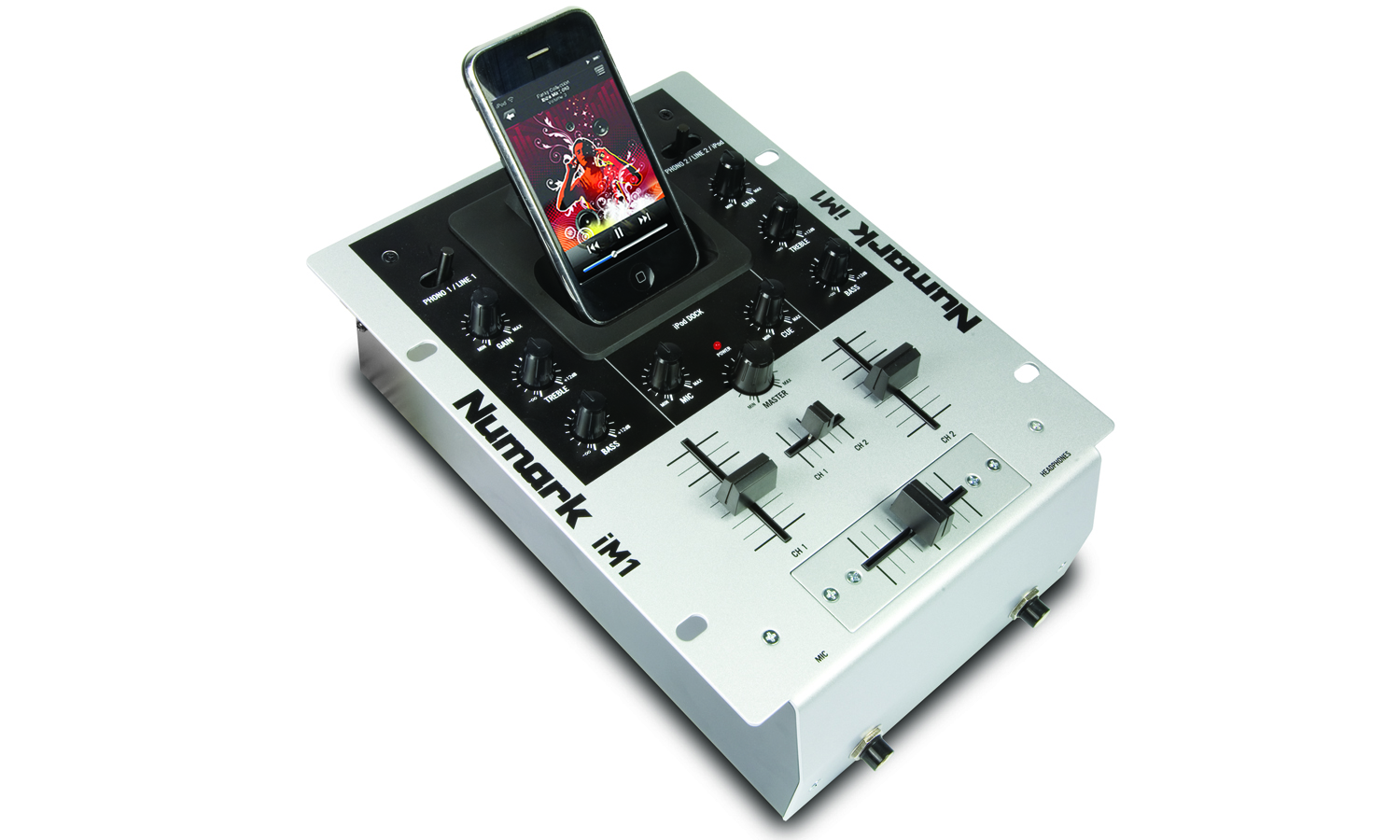 (contenu en anglais)
Afficher la traduction automatique
Afficher l'avis original
The Numark IM1 is a two channel mixer that has a built on iPod Dock which is basically the only difference between this one and the original version of this mixer. The iPod Dock is a huge feature, not only can you play directly from your iPod but more importantly for me I could record directly to my iPod, I would record the whole mix for the night right on my iPod which was 180 GB then I would tell people in the club that I would give them the mix from that night to them and sometimes directly on the spot and they really enjoyed that. It was one of the things that really set me apart from other local DJ’s at the time when I was up and coming. I still do this to this day, but not with this mixer anymore.

There is a microphone input and line inputs for CD players and other gear that the DJ may have. You can also cut out some of the frequencies on the fly via the on board EQ.

This EQ is not 5 band though, and I remember at the time using this EQ I was wishing that it was a 5 band EQ but for less than 125 dollars there really isn’t any way you are going to get a iPod Dock and a 5 band EQ on the same unit.