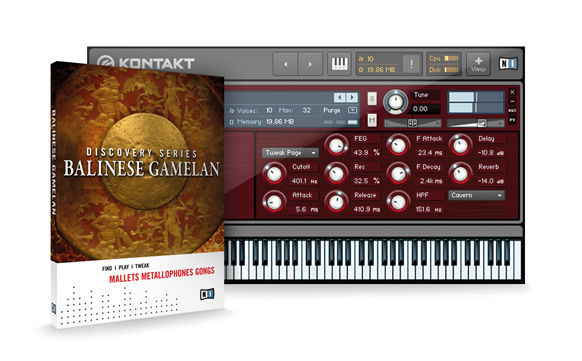 (contenu en anglais)
Afficher la traduction automatique
Afficher l'avis original
While I've never had any issues relating to installation when it comes to the Native Instruments Balinese Gamelan software, I can't speak about the process of installation since I have only used this on a system that it was already installed on.  I can however speak a bit about the interface of the software, which isn't hard to follow and is an overall easy piece of software to use.  The typical functions are easy to find, but if you aren't familiar at all with the make up of the sounds and instruments in a real Balinese Gamelan, it may take some time to get used to.  However, if you are using this I am assuming that you know something about a Gamelan and want to use it for that reason.  I've never seen any manual for this so I can't say if it would be helpful or not.

The system that I have used the Native Instruments Balinese Gamelan software on is an Apple G5 computer along with MOTU Digital Performer 5 as a sequencer and the software works great within the configuration.  As long as you have a system that you are able to run a sequencer and other pieces of software like this one on, this won't give you any trouble at all.