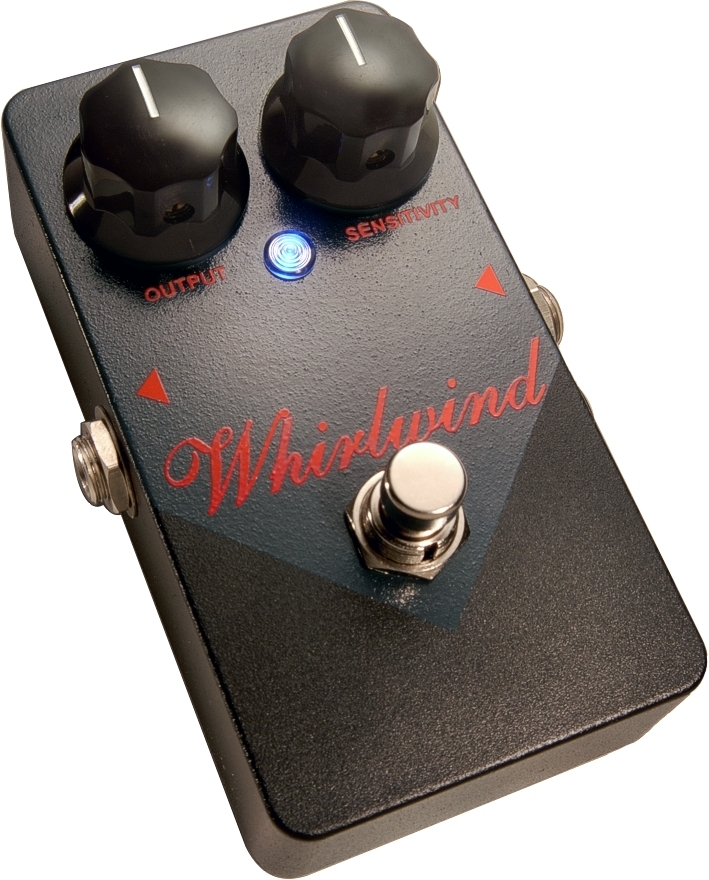 (contenu en anglais)
Afficher la traduction automatique
Afficher l'avis original
This is a compression pedal made by Whirlwind, which is a company that makes some of the original MXR products, but has updated them for the new millenium. This compressor is one of the nicer guitar compressors I've played. It has a really sweet tone and is easy to use, as well as being true bypass. It has 1/4" input and output, an adapter for a 9V power supply (could also use a 9v battery), and it has an LED switch to indicate when it's on or off.

This pedal couldn't be much easier to use. It has two knobs, output and sensitivity. Sensitivity is more or less the same as threshold on most compressors. While it certainly doesn't have the extended features that most newer compressors do (attack and release are quite noticeably missing) it tends to make up for it in tone. Besides, this is just for guitars, and isn't really meant to be used in the studio as there are plenty of other compressors that would work better in that capacity. That is where the need for such extended parameters really lies.

I love the sound of this pedal with my Strat and Tele, as it doesn't rob them of the crisp clean tone I achieve with them. On the contrary, it is actually incredibly close to the same tone. While I do like some of the other compressors that I've used, I've noticed that many of them really squash my tone when it comes down to getting a nice clean tone. This is why I rarely if ever use a compressor on clean tones to play rhythm, I would much rather use it on leads. Hence my love of this pedal, as all my leads come out crystal clear, bright and bouncy, just like they do without the pedal, but louder and more consistent in volume. For solos, with even a light distortion, I get a great sustain when I need it. This is simply the most transparent compressor I've played for guitar.

I really like this compressor a lot. I will certainly be looking into more Whirlwind products in the future. I feel as though this was a pleasant surprise, and at such a good price, I feel like it'll be a great purchase for anybody. It has such a smooth tone and a transparency to it, that I think it will appeal to a lot of people. This is a highly awesome pedal that I think deserves a bigger name than it has!
Ceci est une pédale de compression réalisés par Whirlwind, qui est une entreprise qui fait partie des produits MXR original, mais il les a mis à jour pour le nouveau millénaire. Ce compresseur est l'un des compresseurs de guitare plus agréable que j'ai joué. Il a un ton très doux et est facile à utiliser, ainsi que d'être contourner vrai. Il a 1 / 4 "d'entrée et de sortie, un adaptateur pour une alimentation 9V (peut également utiliser une pile 9V), et il possède un commutateur de LED pour indiquer quand il est allumé ou éteint.