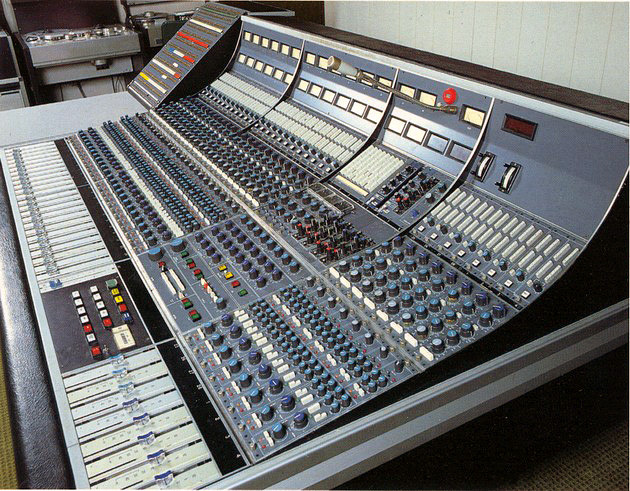 (contenu en anglais)
Afficher la traduction automatique
Afficher l'avis original
The Neve 8068 is an analog console that I'm not exactly sure when it was made, but I believe it was sometime in the 1970's. The 8068 is the real deal when it comes to consoles, as it doesn't get too much better than this one. The console has 24 channels on the left side, and then another 8 on the right. Each of the channel strips has a microphone preamp as well as an equalizer and routing options. The EQ is parametric and is the standard style of EQ that you'd find with a Neve.

Like everything, if you've got some experience with Neve gear and consoles, the 8068 won't be as hard for you to decipher as it isn't like this one is too out of the ordinary when compared to other models. However, if you don't know a thing about Neve or consoles in general, the 8068 will be incredibly hard for you to use! If you are new to Neve consoles, just take it one piece at a time as there is certainly a lot to learn. Having said all of this, the 8068 isn't any more difficult to use than any other Neve board...

If you have ever used a Neve console or channel strip, you know that Neve makes some of the best microphone preamps and equalizers that money can buy. Even if you haven't had the pleasurable experience of using one, if you have been around engineers and studios at all, you certainly must have heard. The 8068 does have a unique sound of its own when compared to some of the other Neve consoles, but it certainly has the 'Neve' sound with a lot of low mid range response and in general a great balance of clarity and warmth. The equalizer is also one of the cleanest and easiest to use out there.

Of course getting your hands on a Neve 8068 is a very hard thing to do if you don't have or know a studio that has one! Buying one would be a near impossible task at this point as well, so if you're really interested in using one the best way to go is by finding a studio that has one that you can use. Another option to get this type of Neve sound would be to get some sort of replication in the form of outboard gear like something made by Vintech or Brent Averill. However, there is nothing quite like the Neve 8068 as it is without a doubt one of the best consoles ever manufactured.
Le Neve 8068 est une console analogique que je ne sais pas exactement quand il a été fait, mais je crois que c'était dans le courant des années 1970. La 8068 est la vraie affaire quand il s'agit de consoles, car il n'est pas trop bien mieux que celui-ci. La console dispose de 24 canaux sur le côté gauche, puis encore 8 sur la droite. Chacune des bandes canal a un préampli micro ainsi qu'un égaliseur et les options de routage. L'EQ est paramétrique et est le style standard d'égalisation que vous trouveriez avec une Neve.