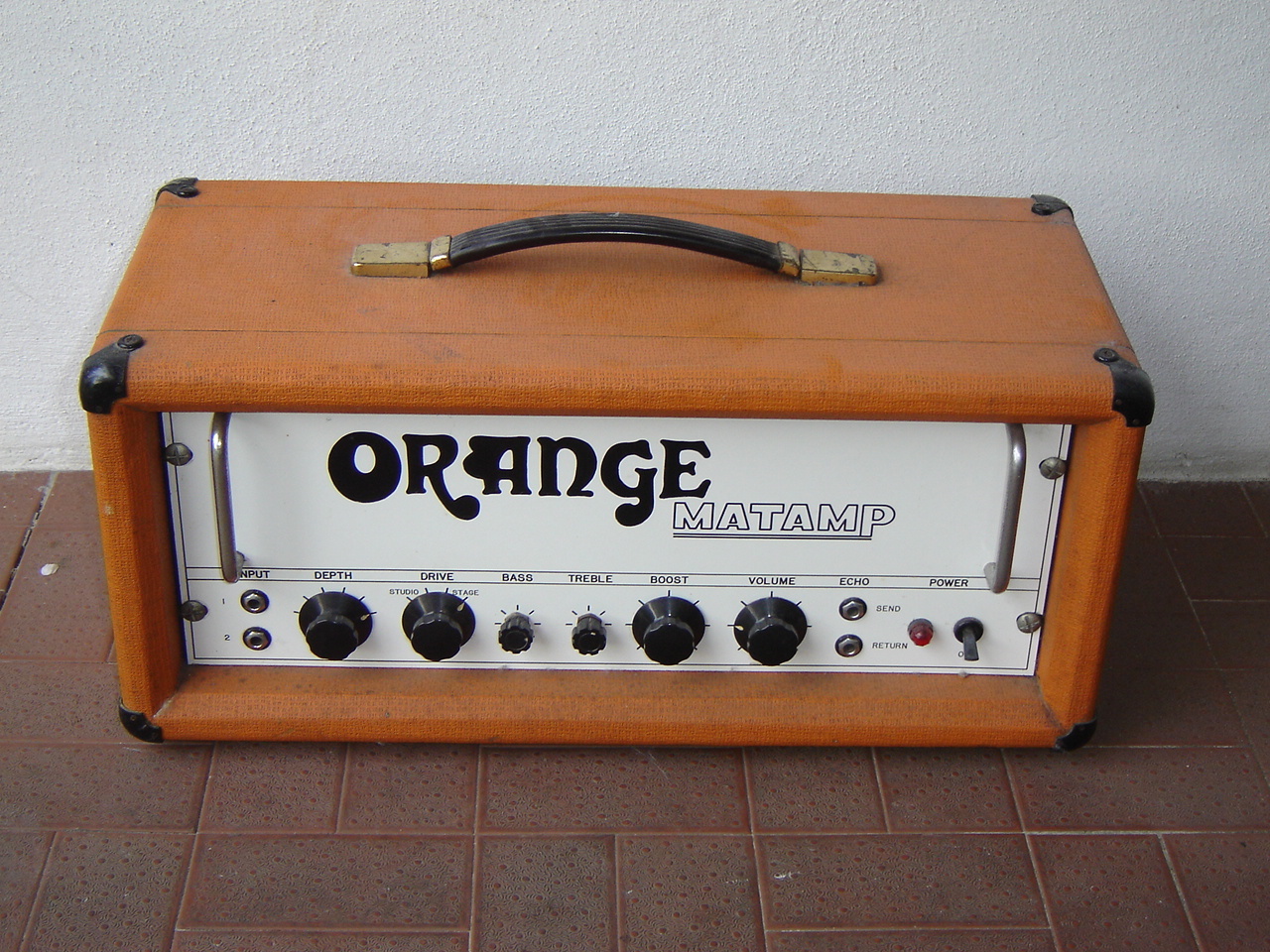 (contenu en anglais)
Afficher la traduction automatique
Afficher l'avis original
These old Orange amplifiers have a great sound and distinct British tone that is very familiar to a lot of hard rock and metal players. I would say that most hard rock and metal music is big round that British tone but in a highly modified certain way. These old British amplifiers have a great sound very comfortable to play in the spongy attack that most of these amplifiers have is very attractive to rock and hard rock players. The reason for this is is because most hard rock and metal players play with a lot of speed riffing, type styles which these vintage amplifiers with the bright tone really mix well with that style of music. It's very comfortable to play these type of amplifiers in that type of setting because it's the attack comfortability of playing is heightened.

These amplifiers are pretty easy to dial-in as somewhat unique to these amplifiers with the control panel pictures labeling the different control knobs. This amp has a basic set of control knobs with the base travel and middle. In these you have the game for the preamp as well as the volume control. To pretty easy amplifier to dial in and if you ever spent any time with a British style amplifier then you'll be very comfortable with this amplifier.

The Orange amps have a very familiar British tone invoicing that is fun to play with and works well in most styles of music. You get a really good sounding tone with the preamp gain and EQ in the way it's designed. So if you're using a guitar that has a humbucker pick up in your really don't like the hard rock tone you get out of amp. It can be thick and chewy that makes playing a lot more fun. The attack on the amp will be a little bit spongy so if you're into the new modern metal type sound it's not to be a tight amplifier at all. You're going have to use a boost pedal or overdrive pedal to really tighten up the amplifier if you're going for that type of sound. Other than that this amplifier will get you pretty much any sound that you're looking for in most styles of music.

These amps aren't the easiest to find nowadays because since they're so old they're out of production. And they work as common as Fender amplifier for Marshall amplifiers so funny one could take you little bit of time but they are out there if you spend a little time looking. These amplifiers are pretty similar to the newer production ones so if you really want the sound of these old orange British amplifiers in many of the newer production one sound pretty much exactly the same. One thing about the new amps is a really do a good job at re-creating that holds vintage five and tone with new or production standards and features.