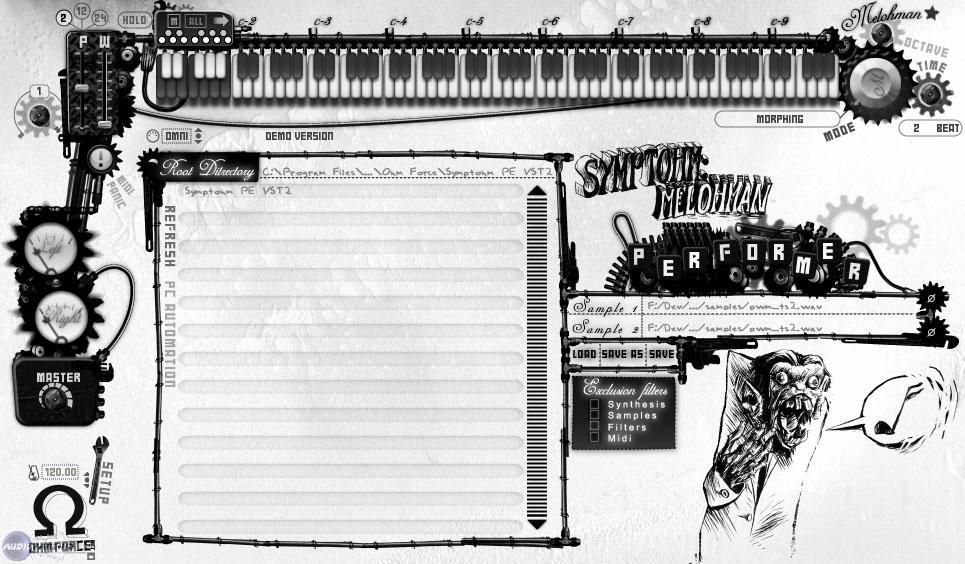 (contenu en anglais)
Afficher la traduction automatique
Afficher l'avis original
Ohm Force Symptohm Melohman Performer is a synth plug-in/virtual instrument that is now freeware from one of the coolest plug-in makers in the business.  While this is somewhat tailored for live shows, I have only used it in a studio setting.  I didn't have any problems installing the software as it only took me a few minutes to download and install it.  I haven't had any compatibility issues or any other problems as it the synth has run flawlessly since I installed it.  The interface of the software isn't too complicated, especially because this version of the plug-in provides you with an endless amount of preset starting points.  All of the typical functions are easy to understand and access, so even those without much experience with virtual synths should be able to understand this easily.  I haven't seen a manual for this plug-in, so I can't say anything about its make up.

I'm currently running Ohm Force Symptohm Melohman Performer on a Mac Book Pro that has a 2.2 Ghz Intel Core 2 Duo processor and 4 GB of RAM.  I run the RTAS version of the plug-in in Pro Tools LE 7.4 that runs with a Digi 002R audio interface and I can't say that thus far I've had any problems running the software.  However, I've only had a need to run a single instance of them in a session, which is what I think most users will need anyway.  This plug-in has only been recently made a free piece of software...

For a free virtual instrument Ohm Force's Symptohm Melohman Performer is a very powerful piece of software.  I don't believe that there is much of a difference between this one and the non performer version, except that this one has a lot more presets so you can easily access different sounds in a live setting.  However, as I said before I've never used this for a live show, only in a studio setting and in tandem with a MIDI controller.  Since the software is now free, it is really a no brainer and is a piece of software that everyone should have as it contains all sorts of cool sounds, and for free!