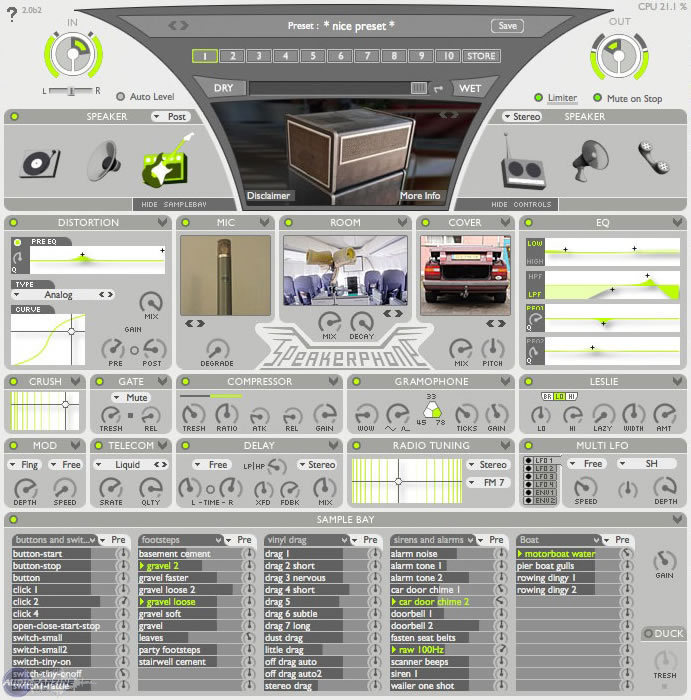 (contenu en anglais)
Afficher la traduction automatique
Afficher l'avis original
The Audio Ease Speakerphone 2 is a plug-in that has over 200 presets and effects. You can use this plug in with your favorite DAW and you will have all of the effects and samples that your brain can handle. It does come in at a higher price tag than a lot of other similar plug-ins. If you want to buy the Audio Ease Speakerphone 2 then you will have to spend 550 dollars, I think that price is sort of on the high end and should be down to around 350. The Speakerphone 2 has been upgraded from the original Speakerphone, but I still don’t feel like it is 550 dollars worthy.

Setting it up was quick and easy, just download it after you pay for it. This was another issue that I have with Audio Ease. If you are paying 550 dollars for a plug-in I feel like they should still send you a hard copy of the program just in case you change systems later or lose your information.

Audio Ease Speakerphone 2 will give you so many options to give your sound some flavor it is ridiculous. I have not seen so many reverb presets in any single plug-in to this date. I love using some of the effects for my guitar tracks. They really allow me to replace using a lot of actual rigs.
You will have full control over the presets once you load them up, so if you don’t want to use the preset that it shows all you have to do is click on the show controls option and you will have everything available to be edited and changed at the click of your mouse.
The only thing that I don’t like about the Audio Ease Speakerphone 2 is that it cost 550 dollars and they don’t even send you a hardware box copy of the software. I hope they make some changes soon, because that is a lot of money to spend for a product that doesn’t ship to you.