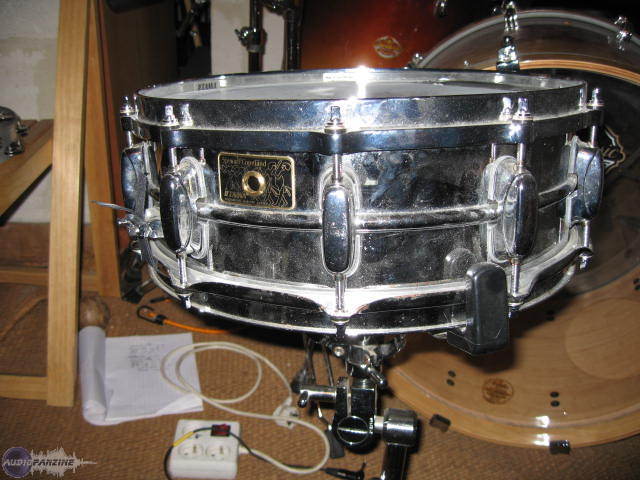 (contenu en anglais)
Afficher la traduction automatique
Afficher l'avis original
The old music store I worked at got some really good deals on signature snares, such as the Neil Peart and Stewart Copeland snares.  It was very exciting to experience the different items because you could imagine the drummer who inspired the design and their style.  Stewart Copeland has long been one of the rock drummers I admire.  Considering the energetic and punchy sound he gets on his recordings, I was looking forward to playing it.  After about two hours of practice, I was not all that impressed.  No matter what was done to the tuning (we even used a few different drum heads), we couldn't seem to find the sweet spot.  Regardless, it is still an good snare.
There was a fairly limited range of sounds that could be obtained, everything being pretty high pitched and ringy.  The rimshots were powerful and the stick connected well.  The rim clicks sounded fantastic, though this is to be expected of certain metallic snares.  For harder rock, this snare would probably fit in pretty well but I wouldn't suggest it for anything else.  This would definitely overpower less crunchy music.

The hardware seemed excellent.  I obviously hadn't gigged with this snare, I just played it extensively over a few days, so it was difficult to ascertain the durability.  Overall, it seemed very solid and the lugs were typical for high end TAMA's. The snare looked uninteresting and isn't immediately noticeable as the Stewart Copeland snare.  It could be any other metallic brass or steel snare.