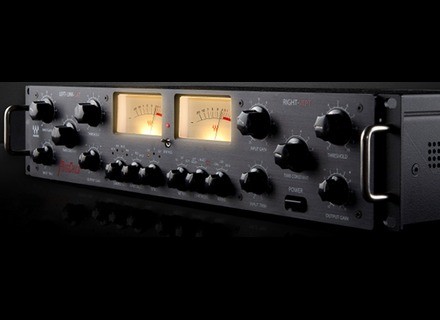 Waves PuigChild 670
4
Afficher la traduction automatique
Afficher l'avis original
Waves has a package of old school plugins they made after very famous compressors out there. This one is a model of the famous Fairchild 670 compressor that was so famously used throughout recording studios during the whole vinyl era. These compressors were very rich and harmonically complex, and Waves set out to create something that could mimic that famous sound. Although I've never tried the original hardware version, they did a pretty good job, I'd say. It definitely has that vintage sound going on in spades. On the other hand, its uses are a bit limited as well. You have an input, threshold, time and output knob for both the left and right channel.

Waves is the king when it comes to things like stability and performance. They're almost unbeatable in this category. I've never experienced a single crash or hiccup while using this plugin inside of my favorite DAW -- Logic Pro. The plugin is cross compatible, and that means that almost every user out there should be able to utilize this plugin on their favorite machine. It also doesn't take up too much RAM or processing power, which is a huge plus. There is one issue I have experienced, however. The plugin itself is a 32 bit plugin. I run a 64 bit DAW, and it can be a real pain because Logic Pro has to run a special bridge application to utilize this inside the 64 bit workspace. I'm hoping they'll update this plugin later down the road to work in 64 bit environments natively. I've been using the Mercury bundle for about half a year now, and I'm loving every minute of it.