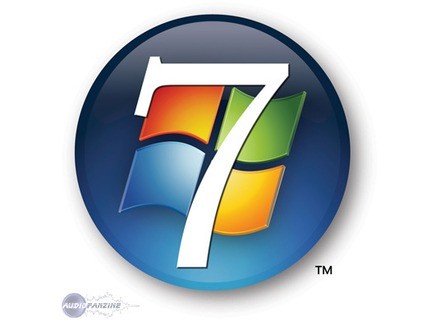 Microsoft Windows 7
4
Afficher la traduction automatique
Afficher l'avis original
With the failure of Windows Vista, and the resistance for people to move away form Windows XP for professional audio purposes, Windows 7 needed to offer a lot of new features, and support a lot of the old drivers, in order to be a wise choice for professional audio. Windows 7 was released in the summer of 2009, and only within the last few years, has it finally surpassed Windows XP in total user usage. Windows Vista never surpassed the usage of Windows XP.

One of the biggest advantages of Windows 7, is the ability to run 64-bit applications, which in turn, allows the musician to use 64-bit plugins, notably, VST plugins. However, this quickly creates confusion. Now, developed must release a 32-bit version and 64-bit version of their VST plugins, and for DAW developers, they must release 64-bit and 32-bit versions of their executable software. The program files directory is also split, making it a bit difficult to find the location of files.

However, in many professional audio cases, the upgrade to 64-bit is very necessary, as it allows the allocation of over 4gb of RAM. For large sound libraries, orchestral sampling, advanced drum sampling, and so fourth, this is very useful. There are other advantages to switching to 64-bit as well, but RAM allocation is the biggest factor, by far.

Windows 7, like any new operating system, starts out slow with official support and releases from developers. I would not recommend switching over to Windows 7 during the first few years of it's release, because so much audio software is simply not compatible with the new system, even though it should technically run on Windows 7. This is especially true with hardware drivers, where blue-screen crashes can be very common when trying to run older audio hardware on the newer Windows 7. Even when the developers created the correct compatible drivers, I know I still had some issues with some hardware, and I ultimately had to sell off some of my audio interfaces for newer ones.