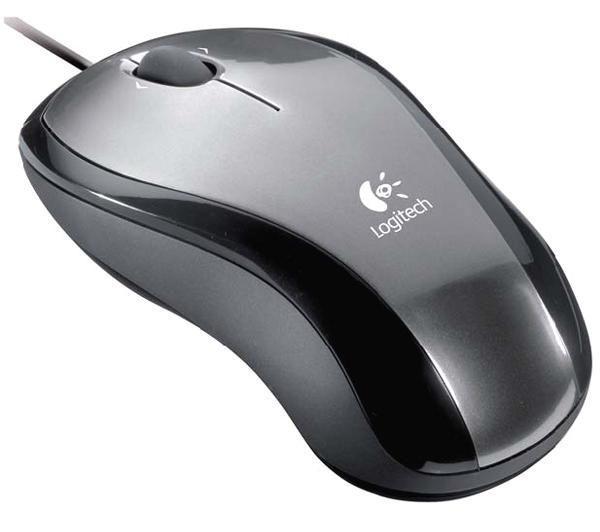 (contenu en anglais)
Afficher la traduction automatique
Afficher l'avis original
The Logitech LX3 is an optical mouse that works great on music production desktops, both PC and Mac. It mainly features an ambidextrous design, so it can be used with both left handed and right handed users. The mouse comes in a few different colors, the one I own happens to be blue and grey, but other common models are black and grey.

It features a standard optical reader on the bottom (which function much better than classic ball-style computer mice), two regular buttons on the top, and a wheel button that also tilts. The left and right buttons are interesting, because the plastic on the button is not actually separated from the plastic on the base section (the part where you would rest your palm). So the buttons themselves are not visible, and theres less gaps for dust or other debris to get stuck into, and thats definitely good news. The wheel has three distinct functions: click, wheel up/down, and tilt left/right. Most wheels have the first two functions, but few of them have the tilt functionality, which is nice here. The tilting is good for scrolling left and right, which can be incredible useful in a DAW, where the tracks are layed out from left to right, and you often need to scroll in that direction. Most standard mice do not have this feature, because commonly, you only need to scroll up and down (like most websites are layed out).

The mouse is wired, which has some advantages and disadvantages. Nowadays, wireless mice are very common, and the battery life on these devices are getting better each year, making them much cheaper to use. But sometimes there can be interference, and depending on what hardware you are using with your music computer system, a wireless mouse may not work as well as it should. And when accuracy is important, there is much less error involved with a wired mouse, such as this LX3 model.