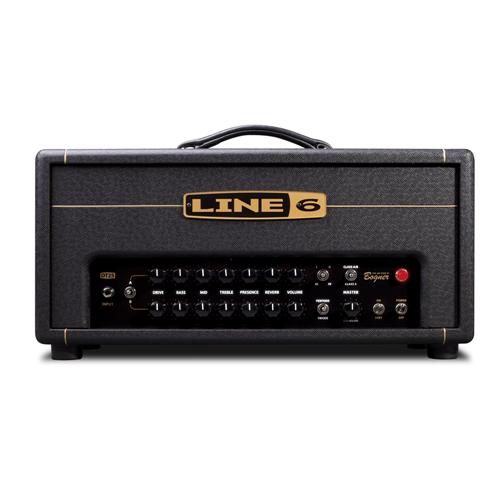 (contenu en anglais)
Afficher la traduction automatique
Afficher l'avis original
What do you do when you build amp modeling units with effects and appear to have no idea how tube distortion sounds...you go get one of the best tube amp boutique builders in the world, Reinhold Bogner. Bogner design the good parts of this amp while Line 6 focused on the digitalization of the unit. It was a good move to combine the creative platforms of both companies. This is the same tone as the other amps in this series but just in a low wattage head version.


This amp is called a hybrid which uses tubes while in addition to digitalized operation. I have seen this amp in a live performance from Stryper and it was convincingly very good. I know that it sounded good and why a Line 6 distortion typically doesn't sound good I went home after the show to see what Line 6 was up to. All the while feeling like this had a very similar characteristic tone similar to Bogner amps. Sure enough I jumped on the Line 6 website to discover the tag team due for this design. They were using GMW guitars which were similar to Ibaneze and Flying V's....at least the builds they had. Each setup sounded killer.

I little bit pricey but two companies now have to get paid so to get one new you will have to cough up about $899. This will steer novices and beginners out of the equation and bump the market up to the more experienced players. It might have a hard time selling at that market since most people who would pay for a $1300 amp would not buy a Line 6, bu they would buy a Bogner so we'll see how it pans out.