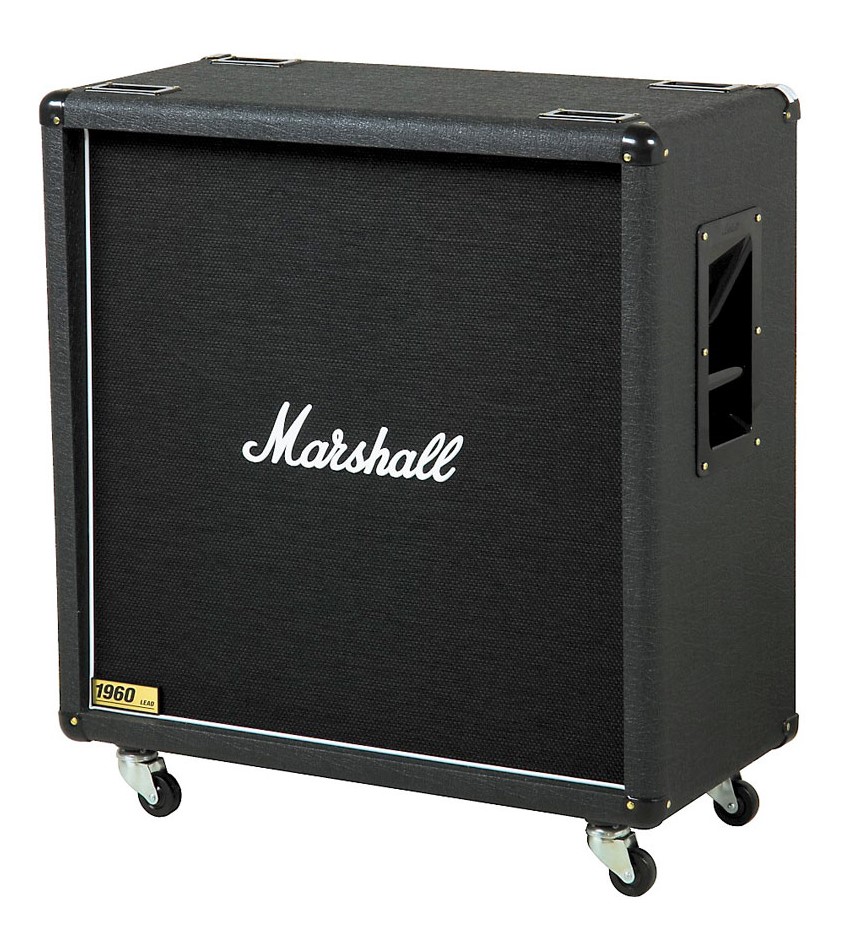 (contenu en anglais)
Afficher la traduction automatique
Afficher l'avis original
I acquired this can in the late nineties. I ran this can for about ten years before selling it off (more on that later). My musical stylings were varied over the years: hard rock, metal, pop, punk, rock, atmospheric...but mostly aggressive and loud. I had started playing in 1986 and had a Peavey 4x12 back then, but along the way I downsized to 1x12s. Once I got a live gig happening, I realized I really wanted to push some air. If you're able to play at loud volumes over 90dbs, a 4x12 can really make your chest rumble and your pants sway in the awesome power. I figured all my heroes had Marshall, so time to step up to the big time.
Yes, this cab really worked well for me; I played countless practices and dozens of gigs and the cab never failed me- it was a rock. As the years went on, I started seeing different companies putting out products that appeared to be higher quality (based on reviews). People spoke of the abrasive nature of the speakers in the Marshall...perhaps mine was broken in, because I really enjoyed the sound. Perhaps in hindsight it was a bit sharp sounding? This made me want to upgrade...I eventually landed Marshall AV, which sports a higher price tag and v30 speakers. I had the 2 cabs side by side for awhile. I honestly didn't hear a HUGE differnce, perhaps the v30s were a bit warmer and pleasing. Hard to really judge, since the av was a slant and this cab was straight. I enjoyed having 1 cab at home with me for recording, and 1 cab at our band's rehearsal (yeah, no more transporting!). In the end, my band blew up and I realized that I no longer needed 2 4x12s, so this standard cab was sold in order for me to keep the av.
A great feature of the cab is the ability to go mono or stereo. The mono was utilized for high volumes with 1 amp. The stereo was great for using 2 amps at the same time, creating a huge monster tone. Or, use 1 side of the stereo setup to reduce volume.
Speaking of volume, the only times I could really pound the decibals was at rehearsal. Live shows at local clubs/bars had the soundguy tell me "turn it down" to the point where the 4x12 was ridiculous; the quiet volumes could have easily been produced by a 2x12 or even 1x12. However, hard rock/metal doesn't really sound right with smaller cabs, so there is the quandry. Also, when we gigged up in New York City, I downright felt foolish bringing my 4x12 on stage- everybody had a smaller cab! It is important to note the situations you may encounter.
These days I have an oversized vertical Mesa 2x12 that sounds great. Not quite as big as a 4x12, but very close. the Mesa sound is meaner than the Aerosmith-ish tones of a Marshall, so that made it a good choice for me. Also, the 2x12 can fit right into any car's trunk, and its weight is manageable. I still have a large cab at home, but I don't see it ever leaving the home studio.
If I had to do it again, I'd probably stay away from the pricier Marshalls. As long as you find a cab that is well constructed (and plenty built better than current Marshall materials), the key is the speaker choice. I hate to give this a bad rating since it served me well, but I'm finding Marshalls are priced too high and at this point you're paying for the name.

Your mileage may vary.