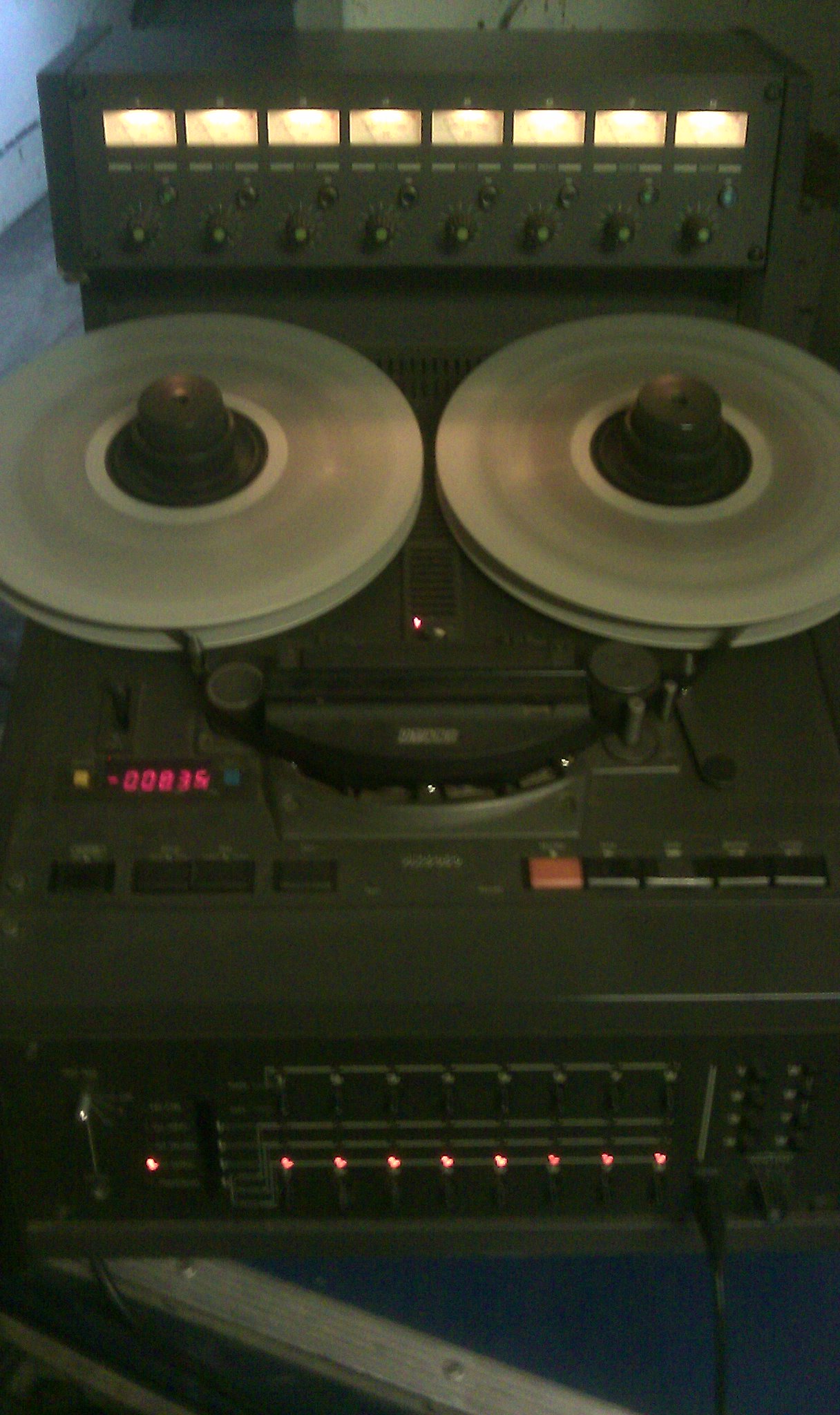 (contenu en anglais)
Afficher la traduction automatique
Afficher l'avis original
The Otori MX 5050 is an 8 track cassette recorder that operates at 3.75 ips. It has the same recording head as the MX 5050 , which is superior to that of the 488 and 488 mkII. dbx Type II can be engaged across tracks 1-4 and 5-8 separately, there is a pitch/speed wheel that allows for plus or minus 15% change, the transport is digital controlled to allow automated punch-ins between the memory points that can be set, it can interface with the same remote control as the MX 5050 , and the drive system is direct, meaning no capstan belt will ever have to be changed. Also, unlike the 488's, this machine can record across all 8 track simultaneously. For time code purposes, the noise reduction can be disengaged on track 8 separately, via a switch on the back on the recorder. There is also an Accessory 2 port, which allows it to be used with the Tascam MIDIizer, a device that can easily synchronize the MX 5050 , MSR-16, MSR-24, and I believe the 644 and 688.

A high bias (Type II) cassette should be used, preferably at a length no longer than 60 minutes. With a 60 minute cassette, 15 minute recordings can be made per tape as the recorder operates in one direction at double the normal playback and recording speed.

I owned one of these machines for a couple of years but it didn't see a lot of use in my studio because I also had reel to reel multitrack recorders. A mixer is required of this machine, but this means the user is not limited to the basic mixers of the Portastudios. It is capable of producing solid sounding recordings, particularly when considering that it makes them on simple, cheap cassettes. But, in all honesty, I'd be more apt to use a cheap digital Portastudio, such as the 788, before using a machine like this again, as it can't really hold a candle to recordings made on reel machines.