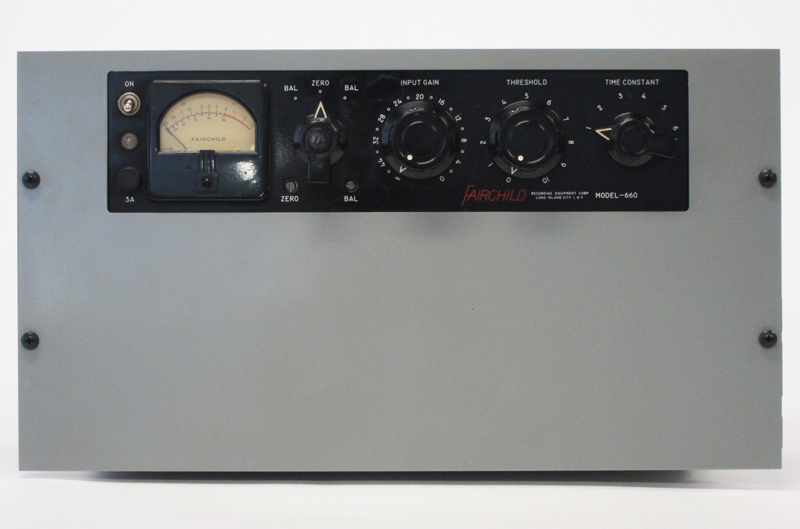 (contenu en anglais)
Afficher la traduction automatique
Afficher l'avis original
The Fairchild Audio 660 is a classic compressor that is one of the most sought after dynamic processors around.  It is an analog unit that I'm not sure of the connections in the back as the one that I have used was already pre racked in the recording studio that I used it at.  The 660 isn't a standard rack size piece of gear.

Using the Fairchild Audio 660 isn't too hard at all.  If you have any kind of experience with compressors, you shouldn't have a problem working through this one.  It has only basic parameters that include knobs for input gain, threshold, and time constraint.  There is also a knob to choose the type of metering that you're seeing.  Beyond this there isn't anything else that you really need to know about the 660.  Granted that you have some knowledge about how compressors work, you don't need a manual for this, which would probably be pretty hard to find anyway.

The sound quality of the Fairchild Audio 660 is what makes this compressor one of the best ever made.  It has a great response to all sorts of frequencies in the spectrum equality, which is what makes it so versatile and capable of being used in a variety of situations.  I love using the 660 on all sorts of drums, guitar, vocals, electric keyboards, and pretty much anything else that I might see fit.  You absolutely can't go wrong using a 660 on anything, as I would bet that it would work more times than not.  From the first time I used the Fairchild Audio 660 a few years ago I've been a huge fan of it.

I would recommend that all engineers out there at least try the Fairchild Audio 660 sometime your life.  It is really a pleasure to use and it has a sound that is all its own and hard to copy.  The price of one of these is of course quite expensive if you can find one (which is hard to do anyway), as this is a highly sought after piece of gear.  That being said, if you ever have access to one of these at a studio like I did, you absolutely need to use it!