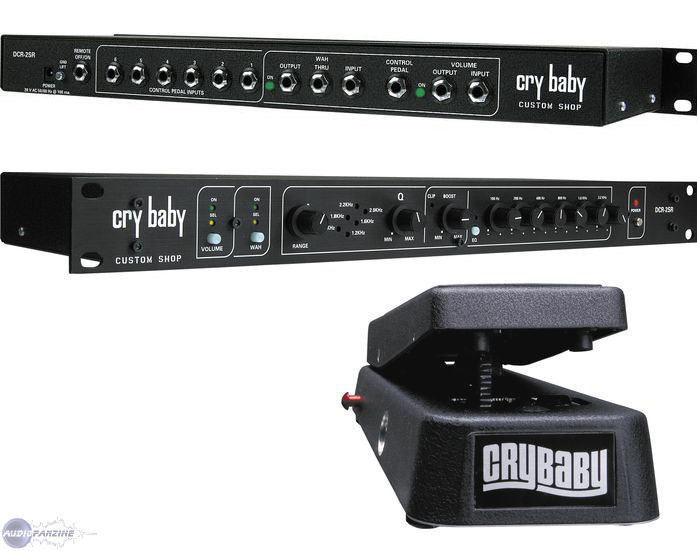 (contenu en anglais)
Afficher la traduction automatique
Afficher l'avis original
There are very few rack wahs out there. Off of the top of my head, I can think of maybe 3 or so, and very few of them come close to the versatility that this one has. Dunlop used to have an older rack wah that was real popular, but they decided to step it up and release this model, which I find to be a better sounding and more versatile wah pedal than the other one. One thing worth noting is that it's harder to modify as all the components are SMD. If you're into tinkering, you're better off buying the older one. The unit features range, q, boost and all kinds of EQ knobs to shape the wah to where you want it to be.

The unit is crazy versatile for what it is. It's also laid out nicely to where it's easy to understand what everything does. However, just for the sake of safety, it is worth looking at the manual to fully understand how this device works and all the other little intricacies of the unit. It only takes up one rack space, so it's very compact. You also have different styles of wah pedals you can choose from. They have the common one with the switch, and they also have the switchless which is activated when you step on it, like the Morley style wah pedals.

The sound is where the magic is, and this is where it easily destroys pretty much every single wah pedal out there. It's so versatile with how you can dial it in that it's ridiculous. Honestly, all of the controls at like noon sound awesome. However, if you need that special wah pedal sound, this can do it for you. It can also handle multiple wah pedals, so you can have tons on the stage. That means you don't have to run to the same spot every time you want to use a wah pedal. It sounds like a Dunlop wah, but the extra versatility really lends itself to giving you something extra special.