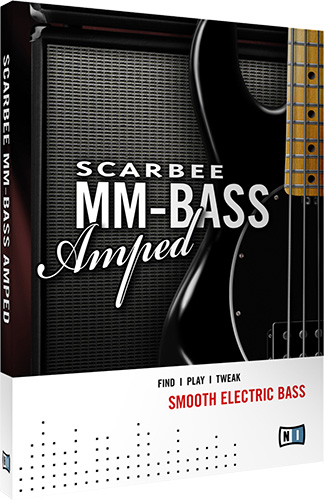 (contenu en anglais)
Afficher la traduction automatique
Afficher l'avis original
I run this on a Macbook Pro i7 core and an RME Fireface 800 and so far it runs pretty smoothly. I have had no glitches or dropped notes but I have experienced a little latency issue but I will go into that later. I have not needed to look at the manual so far as I am fairly experienced with Kontakt Libraries. Simply load up the Library, select the Bass tone you want (fat is my favorite) and you are off. All of the basic features can be accessed via the "front panel" of the plugin. If you have used Kontakt before, you know there is a ton of stuff you can edit under the hood, but that has more to do with Kontakt itself rather than this particular instrument.

I run this mainly in Kontakt Standalone but also in Ableton 8 and Logic 9. Everything performs stable and solid but like I mentioned before, I have had some interesting latency issues. I am not sure if this is an issue or is just inherent to the type of instrument it is. Essentially, this is designed to be a Bass Guitar sample set, but similar to how high end Violin Sample sets are played, there seems to be a hair of latency that is either a flaw or possibly a feature to further the realism. When you say, jump an octave and a half span, there is what I assume a little loss of time to allow the "computer bass player" to get up the fret board. My first experience with features like this was with L.A. Recording Strings by Audio Bro. To me, it sounds great in LASS but not as good MM Bass. It could be that I am biased as I am a pretty ripping bass player but a poor excuse for a Violin player so I could be expecting to much. It's funny, as I write this, I realize that maybe I should read that manual to see if I can adjust this. When I do, I will edit this review. With the current setup, I have to give it an 8 for performance due to this "latency issue." I have had this for a few months and still use it quite a bit for quick ideas and for some clients who, after hearing the scratch tracks done with these samples, were pleased enough and decided not to record a real bass player to save time and money.

First off, I should say that I was skeptical of this sound set because unlike the other Libraries I have, I actually own a good enough bass rig that I never thought I would want or use this sound set. I ended up getting it to do a commercial jingle rough draft for some clients while I was away from my studio and was quite pleased with the actual sound quality. In the end, it has ended up on a few final drafts. So what do I love about it? Now I have the ability to craft a solid, strong sounding bass line from my laptop, which can come in very handy. What I don't like about it is two main things. The first is the latency issue I discussed earlier and the other is something that can be found in a lot of sampled instruments, high frequency noise. It's not too bad by any means, but I noticed while comparing MM bass to my actual basses through the same rig that it will start to build if you get really busy on the keyboard. It can be masked enough to not drive you crazy with some eq/filtering though. I should mention that besides that little bit of noise and the little latency issue, the samples sound quite good through my bass rig, actually really good. If I could fix this latency thing, I might start leaving my bass rig at home and just do some performances with my keyboard as I almost always have to bring that anyway. I have never used any Bass sampled instruments that are of any note, but I have to say that I am fairly impressed with the beef this plugin can dish out. I would definitely purchase again as is has come in quite handy for studio work, but might shy away if it was solely for performance.
Je lance ce sur un noyau Macbook Pro Core i7 et une RME Fireface 800 et jusqu'ici il fonctionne très bien. Je n'ai eu aucun pépins ou abandonné des notes, mais j'ai connu un problème de latence peu, mais je reviendrai plus tard. Je n'ai pas besoin de regarder le manuel pour autant que je suis assez expérimenté avec des bibliothèques de Kontakt. Il suffit de charger la bibliothèque, sélectionnez le son de basse que vous voulez (la graisse est mon préféré) et vous êtes hors tension. Toutes les fonctionnalités de base peuvent être accessibles via le "panneau avant" du plugin. Si vous avez utilisé Kontakt avant, vous savez qu'il ya une tonne de choses que vous pouvez éditer sous le capot, mais qui a plus à voir avec Kontakt soi plutôt que cet instrument particulier.