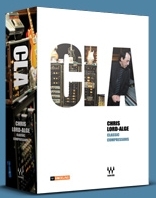 (contenu en anglais)
Afficher la traduction automatique
Afficher l'avis original
Waves CLA Classic Compressors is bundle a software plug-ins to be used in a DAW. The compressors was modeled off of the actually hardware compressors owned by Chris Lord-Alge. This plug-in actually contains four different models, two different 1176 models - a black-face (most popular model), and a blue-stripe (less common), an LA-3A, and an LA-2A.

Waves plug-ins are easy to install and authorize. Version 9 of their plug-ins has moved away from using an iLok. Now any USB stick can be used as the dongle, or the authorization can be done without a dongle if your computer connects to the internet.

Each of these compressors have different applications, and it is hard to imagine mixing without any one of them. The 1176 is the 'go-to' compressor for drums. It definitely adds character to drums, and helps them punch. I have read that Chris Lord-Alge swears by the CLA blue stripe for vocals. The LA-2A is the best compressor for smoothing out levels for many instruments in a mix - bass, piano, acoustic guitar, strings, etc. The LA-3A is great for electric guitars. However, I have also found that I like what the CLA-76 black-face does to electric guitars. I recommend getting the entire bundle and experimenting.

Compressors are the most essential tool in music production/mixing (Eq might also be equally as important). The most popular compressors from the past 50 years have been the 1176, LA-3A, and LA-2A. They all sound a little different and are useful for different reasons. Unless you can afford a rack of these compressors in the hardware form, the software models offer a useful alternative. Waves models have been around for a while, and I would love to see them release updated versions of these plug-ins since their modeling technology has (hopefully) advanced since the release of this bundle. Universal Audio has released new models of the 1176 compressor for their UAD-2 platform, however they require the use of their DSP chips. For native plug-ins, the Waves models are better sounding than the other ones I own (Native Instruments/Softube, IK Multimedia, Bomb Factory).
Waves CLA Classic Compressors est un bundle de plug-ins pour être utilisé dans une application DAW. Les compresseurs a été modélisé hors des compresseurs effectivement matériel appartenant à Chris Lord-Alge. Ce plug-in contient en fait quatre modèles différents, deux modèles différents 1176 - un noir-face (modèle le plus populaire), et un bleu à bande (moins fréquent), un LA-3A, et un LA-2A.

(contenu en anglais)
Afficher la traduction automatique
Afficher l'avis original
The Waves Ltd. CLA Classic Compressors bundle is comprised of four plug-ins - the CLA-2A, CLA-3A, CLA-76 Blacky, and the CLA-76 Bluey.  Each is a software version of these classic hardware compressors.  I have used these only at the studio I work at so I wasn't involved with the installtion of these plug-ins, but I do know that they have worked flawlessly since installation.  I've never seen a manual for the Waves Ltd. CLA Classic Compressors, so I don't know if it would be helpful or not.

I've been using the Waves Ltd. CLA Classic Compressors on a Pro Tools HD system that runs with an Apple G5 desktop computer and have run them mostly in Pro Tools 8.  I haven't had any problems running these plug-ins within this configuration as they work well all around.  One thing that does bother me about these plug-ins is that I have trouble sometimes with these tracks overloading and it takes me a while to get the right level.  Other than this, just about everything about these plug-ins is easy to follow and is as simple to use as their hardware counterparts.

I've been using the Waves Ltd. CLA Classic Compressors for about four or five months and I've really enjoyed using them in this time.  They are easy to adapt to and to use and all sound pretty great.  While these obviously don't sound like the originals that they are emulating, they are a good batch of compression plug-ins that are great to mix with and do have quite a good sound quality.  The price of these plug-ins isn't cheap, but Waves does make some of the best plug-ins around in terms of sound quality, and these fit into that scheme.  They are definitely better than the Bomb Factory emulations and if you are fan of these classic compressors, I think you will enjoy using this bundle.