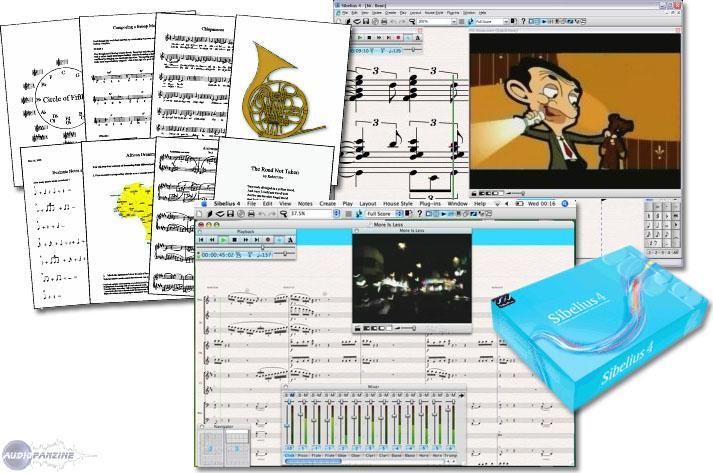 (contenu en anglais)
Afficher la traduction automatique
Afficher l'avis original
Sibelius is a music notation software. The general setup of Sibelius is pretty simple, especially with a MIDI keyboard. The typical functions are pretty easily accessible; more complex functions are somewhat more difficult to get used to but still pretty easy overall. The manual explains everything sufficiently, but it's really tedious and full of information that most people won't find relevant. You'll find yourself leafing through it far too often.

My software has never had a problem performing well. It always responds to my MIDI keyboard and it is pretty realistic in terms of response time. I have been using it for two years and haven't had any serious problems with it. I've never had a problem with the gear slowing down or taking a while to play.

I think that the best thing about Sibelius, at least at first, is its simplicity. It isn't very difficult to write notes, assign a note value, or notate in real time. However, if you are really trying to write a score, and you need rehearsal, dynamic, and other types of marks, it gets a little bit more confusing. It's still, however, much more enjoyable and less tedious than Finale or other programs. In all honesty, it makes Finale look pretty bad in comparison. It's a shame that so many universities are still using Finale, when Sibelius feel so much more natural to a musician who's used to writing music by hand. The sound certainly leaves much to be desired, as most MIDI programs tend to do. But I can't say it's that much better or worse than any other music program. Finale's MIDI sounds are almost the same, unless you get one of the better plug-ins. I don't know about Sibelius plug-ins, because I haven't felt the need to purchase any. I find that for people who want to notate easily and with little stress, this program is probably the best way to do it. It's definitely not too overpriced, and will pay for itself if you do this for a living.
Sibelius est un logiciel de notation musicale. La configuration générale de Sibelius est assez simple, surtout avec un clavier MIDI. Les fonctions typiques sont assez facilement accessibles; des fonctions plus complexes sont un peu plus difficile de s'habituer à mais toujours assez facile en général. Le manuel explique tout suffisante, mais c'est vraiment pénible et plein d'informations que la plupart des gens ne trouveront pas pertinent. Vous vous surprendrez à le feuilleter, bien trop souvent.