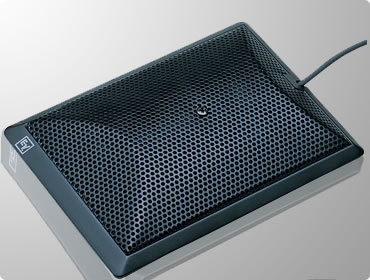 Acheter neuf Electro-Voice RE 90B

(contenu en anglais)
Afficher la traduction automatique
Afficher l'avis original
The ElectroVoice RE 90B is a electret condenser microphone that is also a boundary microphone AKA a PZM (pressure zone microphone).  It has a half caridiod polar pick up pattern and has an XLR cable connected to it.  I have used it for both in the studio recording as well as for live shows.

I've had the ElectroVoice RE 90B for about four years and while I don't use it all the time, it has a lot of uses that come in handy for a lot of different things.  This microphone is really designed for use in conferences and things like that so you can pick up the entire room, and I have to say that when you place this on the floor or on a table within a room it will definitely do a good job of picking up everything that is going on around it.  For this reason I have used it during live shows and have found that if you place it on the stage it does a pretty good job of picking up the vibrations.  I have also used it in the studio and works in many occasions as a room microphone or even if you place it within a kick drum or something like that.  While this microphone isn't the most versatile in terms of traditional audio recording, it does have a lot of uses, many of which aren't best suited for recording music.  While I haven't used it for this, I'm sure that it would do a pretty good job even as a broadcast microphone or simply for picking up conversations or something like a book on tape or something.  It has built in EQ that I would imagine is boosted at around 5 KHz to add clarity to the human voice as that is what it is best for picking up.  While these are somewhat expensive you buy them new on an online store, definitely look on Ebay for the ElectroVoice RE 90B if you are looking for one as you can get them for much cheaper on there.
Le ElectroVoice RE 90B est un microphone à condensateur électret qui est aussi un microphone limite de AKA une PZM (microphone zone de pression). Il a une caridiod moitié polaires ramasser motif et a un câble XLR connecté. Je l'ai utilisé pour les deux dans le studio d'enregistrement ainsi que pour les spectacles vivants.