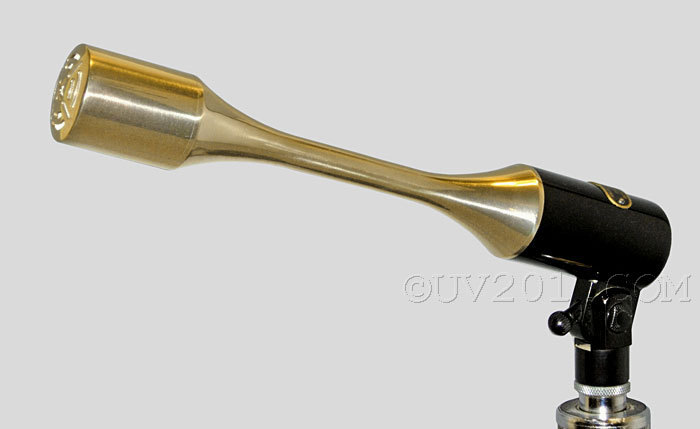 (contenu en anglais)
Afficher la traduction automatique
Afficher l'avis original
The American Microphone Company’s D33 is a vintage dynamic microphone from the 1950’s. I really don’t know very much about this microphone other than my personal use with it. The last studio that I worked at had ones of these, and although it very rarely saw use, it’s cool looking enough where it was worth it to have it on display most of the time. I’m assuming it has a cardioid pick up pattern, but I wouldn’t be able to tell you the range of frequencies it picks up or much other technical information about it.

You’re certainly not going to be finding too many American D33’s out there today. While probably originally intended for broadcast purposes, the use is the same in the recording studio as well. I’ve only used the microphone for recording vocals a few times on a live in the studio recording session. Mostly we were curious about what it could bring to the table, and while it does sound cool for what it is, compared to modern microphones it’s not going to be worth using on too many professional recordings. If you’re looking for a vintage vibe, it’s probably best to treat the sound after the fact rather than reducing your incoming sound quality with something like this mic. The sound isn’t awful, it’s just not as clean cut as you’d like a mic of any kind to be. Part of this is what gives the mic it’s own vibe and sound, but I’d only use it in very specific situations if at all. It’s almost a moot point however, as coming across one of these seems to be rare and they’re definitely few and far between. Having said this, the D33 looks awesome and is a mic I’d rather have than not as you never know when it might come in handy!