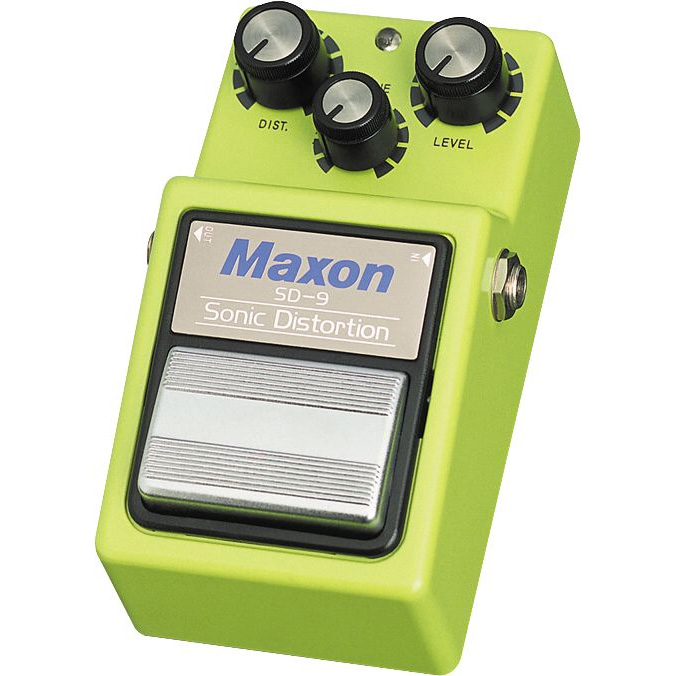 (contenu en anglais)
Afficher la traduction automatique
Afficher l'avis original
It's the perfect overdrive when a Tube Screamer, where it's a TS-808, TS-9, or modded to TS-808 re-issue is too mid range heavy.
Found mine at Musik Messe years ago and remembered how much I dug the original SD-9 or the TS-9. Grabbed it, and been using it since. I have used it on the floor, mounted on a pedal shelf in the rack. On a pedal board. By itself, together with other overdrives, it's one of those desert island pedals for me.

Most of the time when used with amps that have a bid of crunch I use it by itself. For example an old Marshall with this in front and a good Strat or Tele is where I live. Also cranking the snot out of a Twin Reverb with this in front with a guitar with humbucker is a pretty rocking set-up.
When using loud clean amps I usually end up adding a second over drive for over the top stuff. This pedal is not something that will turn the clean channel of your amp into a Dual Recto like say a Emma Reezafratzitz does.
Also alternatively when using an amp and needing a volume boost running the amp clean with the SD9 before the clean boost will compress the signal and then you can bring up the actual volume with the clean boost thus having a useable solo volume boost.

Here's the deal, the tone control in this box has a higher center frequency than say a Tube Screamer who to me always sounds like a quacking duck. The down side is that when you run the tone on the SD-9 above 10 o'clock it gets way brighter than I like. Actually I seldom use it above 9 o'clock, most of the time have the tone actually completely off. But hey, it gets exactly the results I need.