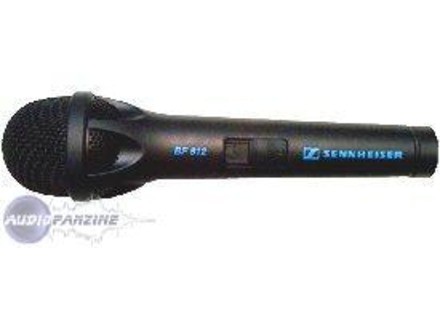 Sennheiser BF 812
3
Afficher la traduction automatique
Afficher l'avis original
- What type of microphone? (live, recording, mixed...)
This is designed for live vocals. You could use it for other applications, of course. In fact you might want to cos from my experience this picks up feedback rather easily!

Subjective bandwidth was not very extensive.

- For how long have you been using it?
I had this for a year or two and sold it.
I had an SM58 too for a while, can't remember if it was after or before, though.

- What thing do you like most/least about it?
It looks & sounds better than an SM58, plus it has an on-off switch...plus it's not an SM58, and i don't like having the same stuff as other people, ha!

BUT one day i was doing the sound for a singer-pianist on a boat and when we swapped his SM58 for this, it was feedback heaven. So we quickly switched back to the 58.

- What is your opinion about the value for the price?
The sound was fine for the price, but i didn't have good experience live (too much feedback...maybe i was doing something wrong, who knows...try it & see) and the sound was no good for studio work. In parallel i used a C3000 for that, so i wasn't going to find much satisfaction in this...