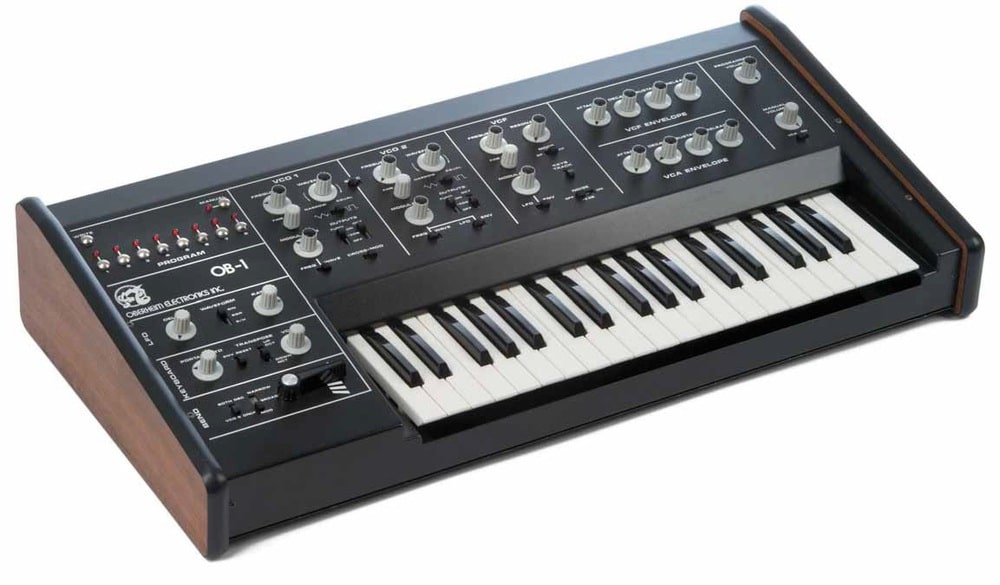 (contenu en anglais)
Afficher la traduction automatique
Afficher l'avis original
The Oberheim OB-1 is a classic analog synth that has two and a half octaves in keys and has a ton of different sections for controlling your sound.  It has a non traditional pitch bender in the form of a lever, but it definitely gets the job done and is fun to play with.  The synth has all sorts of 1/4 inch connections in the back including for audio in and out and for loudness, pedals, and a gate.

The Oberheim OB-1 is set up pretty nicely, but if you don't have any experience with analog synths, some of the lingo used you may not understand.  However, all it takes is a little while of playing around with it to figure out what everything does.  The synth has sections for pitch bending, general keyboard controls, an LFO, two VCO (voltage controlled oscillator) sections, a VCF section, and a VCA envelope.  Each has its own parameters, some of which are pretty vast and cover a lot of ground.  I don't have the manual for the Oberheim OB-1, but I would recommend having it around unless you have previous experience with analog synths.

The sound that are possible with the Oberheim OB-1 are pretty incredible.  It is definitely a versatile instrument as it is capable of getting all sorts of synth sounds and having the two separate VCOs just adds to its versatility.  I'm really a big fan of the sounds you can get on this synth, but in all honesty since you can get so many different sounds I haven't had the time yet to hear everything this synth has to offer.  However, I've used it enough that I've heard most of the basic sounds and then some and I can definitely say that this is not only a unique instrument but is one that is truly awesome sounding as far as analog synths go.