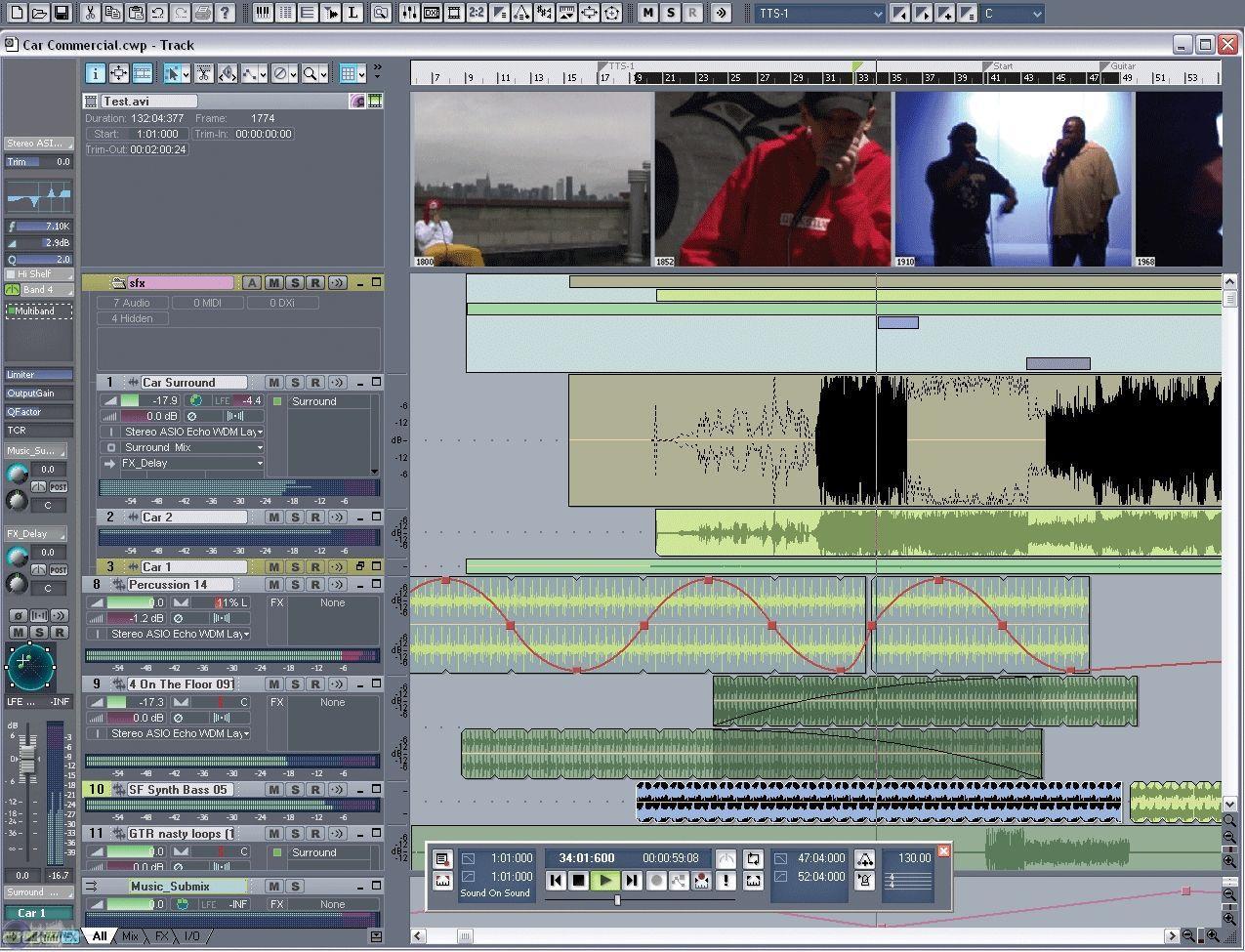 (contenu en anglais)
Afficher la traduction automatique
Afficher l'avis original
I can't think of anything missing. There is a VST plug in converter, included DXi synths, ReWire functions, groove clipping and looping, video editing, MIDI. It can save your project in all sorts of formats, making it cross-compatible with even Pro Tools, while Pro Tools doesn't offer the same. It's got it all, and it isn't a headache to use. I switched over from Cubase SX 2 to SONAR 3 because my sound card didn't have ASIO support, and as it turns out I never looked back. Even when the ASIO drivers became available, I had no interest in leaving SONAR. I will strongly back this product under any circumstances, and in my opinion it kills its main competitor Cubase on every level, from aesthetics and appearance to functionality and quality.

SONAR is incredibly easy to use. Any producer who is forced to abandon the DAW they are used to is going to be apprehensive. My apprehension disappeared in the opening minutes of my foray into SONAR. One of my favorite features is the window right next to each channel where you insert FX. It is as easy as right clicking and choosing an effect, and you are using any of your plug ins or VSTs real time. If you are new to the game, its very easy, and if you are making the switch from another DAW, its laughable. A perfect 10, beyond the shadow of a doubt.

The sound quality is excellent. I've used everything from Cool Edit to Logic to Pro Tools to Cubase to DP, and I would buy SONAR over every one of them for the same price. If you have the audio card and hard drive space for it, it can go right up to 192kHz/24bit.

Quality-wise, it very rarely runs into problems or bugs, and hasn't lost any of my projects yet. I haven't had any problems with it that would detract from its grade, so I have to give it another 10.

I love this product. I realize I've given it straight 10's across the board, but I really think it deserves it. I can't think of any way its restricted or hindered me. It totally revitalized my interest in making and producing music. Its incredible in every way, it definitely compares to Logic and Pro Tools and is half the price. If you're a PC owner, skip PT, skip Cubase, go for SONAR. It really is a Cakewalk.