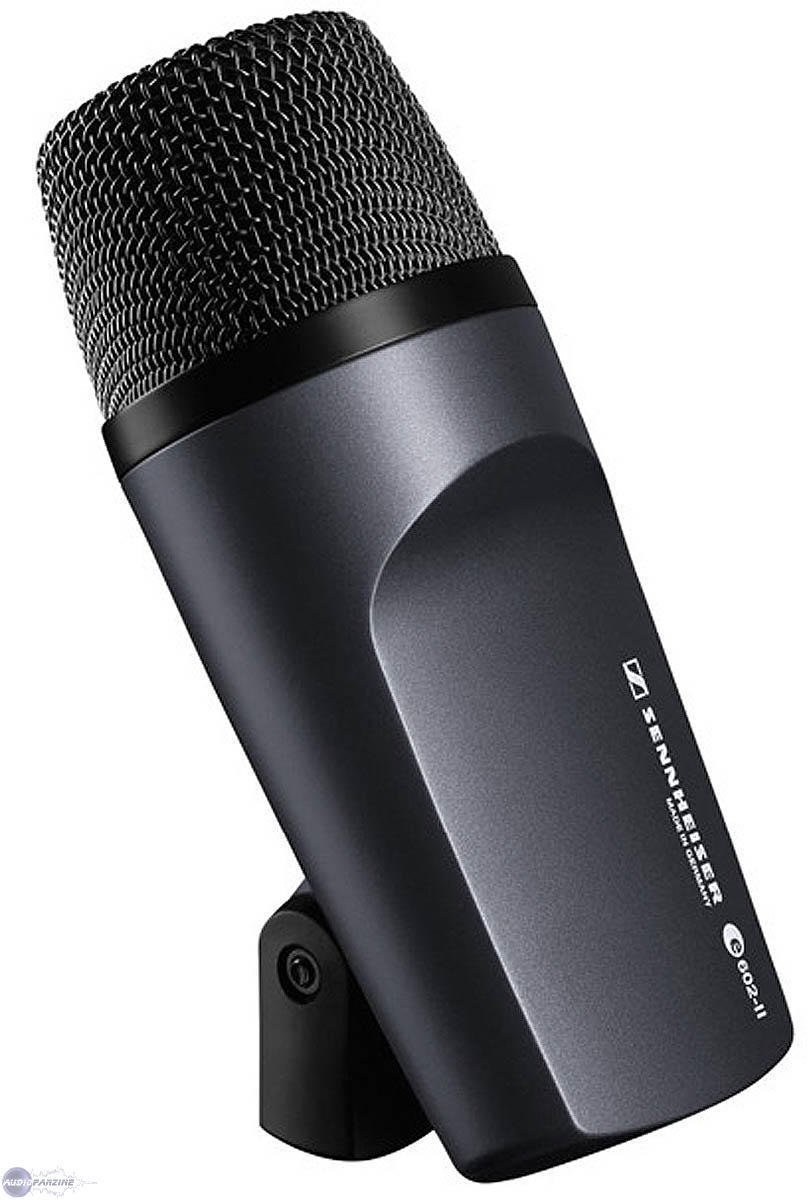 (contenu en anglais)
Afficher la traduction automatique
Afficher l'avis original
If you are in search of a great sounding kick drum or bass microphone then the Sennheiser e 602 II will serve you right. It cost under 200 dollars and has a fast response and low frequency extension. If you have a bass instrument or a kick drum that has that really low frequency this is the microphone to have that will pick it all up. It has a cardioid pick up pattern and it is a very rugged microphone. When its all said and done, it will depend on the angle that you have the Sennheiser e 602 II pointed toward your instrument or kick drum. If you find that sweet spot (on the kick drum) it will really give you the punchy sound and make those low frequencies pop. You will really tell when you listen to the play back of what you just recorded.
We have used this microphone for about 4 long years now off and on depending on where we are recording at.

The ability to pick up those really low frequencies is the Sennheiser e 602 II finest quality. I don’t have anything bad to say about this microphone. It is very rugged and is made to be dropped a few times. We are very happy that we chose to use this microphone and after using it for 4 years we still have it and still use it, it sounds and looks brand new. I recommend getting this microphone for your kick or bass instruments if you really want those low end frequencies to pop in your mix. The sound quality for the price is un-beatable, a microphone this good could easily cost around 300 bucks today. You can compare this microphone to the D112 but I still think the Sennheiser e 602 II sounds a lot better even though they have similar specs.

(contenu en anglais)
Afficher la traduction automatique
Afficher l'avis original
The Sennheiser E 602 II is a dynamic microphone that I've used in the studio, but is equally useful in a live sound setting as well. The mic has a cardioid pick up pattern and is perfect for low frequency applications like deep horns, bass, and kick drum. The mic has a built on clip and will pick up frequencies in the range from 20 Hz to 16 kHz. Thus far I've only had the opportunity to use the mic on the inside of a kick drum, but it's definitely more versatile than this - I just haven't had the chance to use it for anything else. The mic is built like a brick and is definitely built to last.

Until recently I hadn't used the Sennheiser E 602 II, but I'm glad it's now in my mic vocabulary as it's really a great microphone. While I haven't used it for anything other than kick drum, I'm hoping to get the chance to use it for other applications in the near future as it's definitely got multiple applications. I've always been a huge fan of Sennheiser mics, but the E 602 II has a unique low end quality that I haven't heard in other mics from them. It also helps that it's extremely rugged and this is why I can see it being used for live sound as well. The price is a lot less than I thought it was going to be, as it's even a bit cheaper than the ever popular AKG D112 and Shure Beta 52A kick mics, which are pretty much it's competition. I'd definitely throw this mic in the mix if you're looking for a great kick drum mic, as even though it may not be as popular as the other aforementioned mics, it's got a really punchy and direct sound. At right around $150 US dollars, it's a great deal for a great mic that can bring you a long way. I don't know how it compares to the original E 602, but the Sennheiser E 602 II is a stellar microphone to have in any studio!
Le Sennheiser e 602 II est un microphone dynamique que j'ai utilisé dans le studio, mais il est aussi utile dans un cadre de son live aussi. Le micro a une cardioïde jusqu'à motif et est parfait pour les applications à basse fréquence comme des cornes basses profondes, et la grosse caisse. Le micro est équipé d'un clip et le reprendra les fréquences dans la gamme de 20 Hz à 16 kHz. Jusqu'à présent je n'ai eu l'occasion d'utiliser le micro à l'intérieur d'une grosse caisse, mais il est certainement plus polyvalent que cela - Je n'ai juste pas eu la chance de l'utiliser pour autre chose. Le micro est construit comme une brique et est définitivement conçu pour durer.