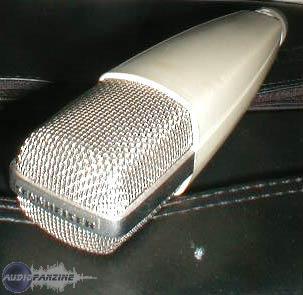 (contenu en anglais)
Afficher la traduction automatique
Afficher l'avis original
The Sennheiser MD 421 N is a dynamic microphone suitable for both recording and on the stage. I have used it primarily in the studio, but would definitely work well in both applications as it is sturdy and is overall a great dynamic microphone. Unlike later versions of the MD 421, it doesn't have the bass roll off. This isn't that big of a deal as it definitley sounds just as good if not better than later versions of itself. The silver/white shade of this microphone is also unlike other versions of the 421, which are usually black. The silver color has set this microphone apart to be recognized as a different version of the classic 421 microphone. It also has a short (about two or three feet) male XLR cable connected to it that I usually plug an XLR microphone cable into to send to my board or audio interface.