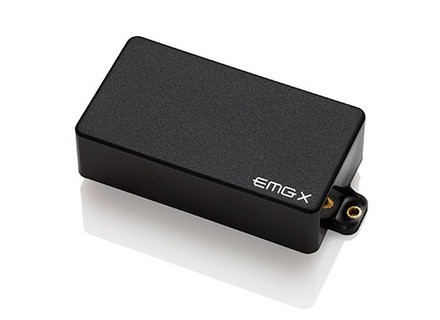 Acheter ce produit neufVoir tous les prix >
Voir les autres avis sur ce produit :
Afficher la traduction automatique
Afficher l'avis original
Now don't get me wrong, this is still a great pickup but I don't find it necessary to spend the extra $10 over the regular 81, not a big enough difference. I made a few recordings comparing the regular 81 next to the 81x, both in the same guitar, same riff, same setup, everything was exactly identical. I went back and forth between bridge, neck, active tone pot, passive tone pot... There WAS a difference but it was so small that when multitracking or in a whole band setting no one would ever know. Even solo tracked it was still hard to notice.

The active tone pot made the biggest difference, at 10 both pots were the same, but the active pot was more reactive than the passive. You could hear the treble roll off a lot more on the active. The 81x with the passive pot the difference was so small that I actually had to sit and listen to the recording over and over just to hear a difference. With the active pot the X sounded slightly thinner, quieter, and smaller, but not by much. With the passive pot instead the difference pretty much went away. Now I tried the 18v mod as well and it was the same thing. The X series was designed to be like the 18V but even more headroom, but without a second 9v battery. The extra headroom is what made the thinner sound, uncompressed clean tones sound weak and thin. That's why most guitarists run a compression pedal when playing clean.