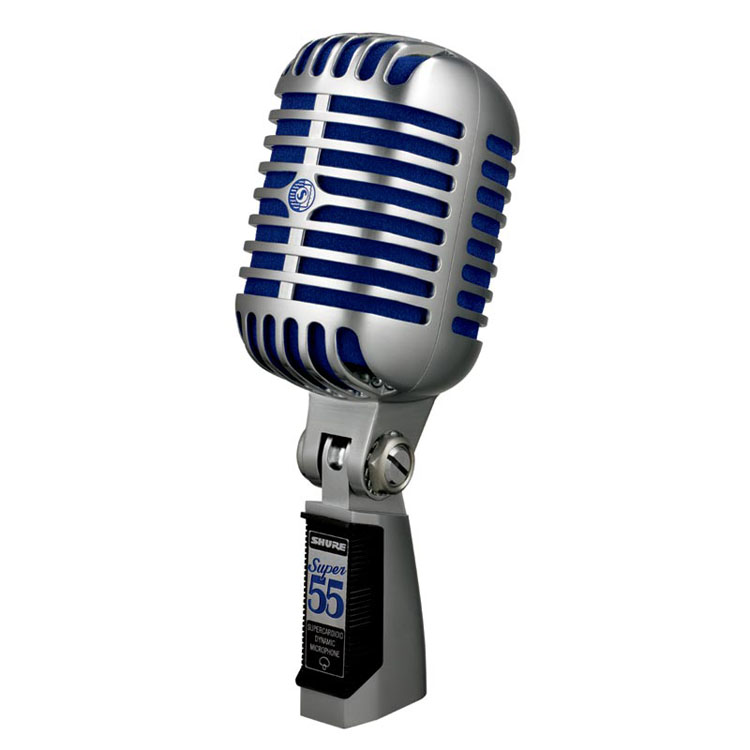 (contenu en anglais)
Afficher la traduction automatique
Afficher l'avis original
The Super 55 Deluxe is made to look vintage, but it is a pretty standard vocal microphone otherwise. Do not be fooled by the look of this microphone. It does look cool and has a vintage style to it, but the sound is nothing to brag about. It is an average microphone at best.

The Super 55 Deluxe is made by Shure and it has a supercardioid polar pattern with rugged design to last you a long time. You will not experience much feedback with this microphone either. I have not used this microphone that much, but in the time that I have used it I did not like it. The quality is decent but it lacks some higher frequencies. When we recorded with this microphone we would have to go in the mix and boost up some of the higher end frequencies with the vocals recorded on the Super 55 Deluxe. The mids and lows are pretty warm and well rounded but it was definitely lacking some high end.
This microphone comes with a storage bag and carrying case. It has a very clean design to it and it does look great in a smaller or home studio. The precision and quality of sound is not worth the buy to me, it lacks some serious brightness for vocals and will require a lot of EQ boosting. This microphone looks cool but the sound did not work for me so it got returned pretty quickly. I have used just about every Shure microphone that is out, and some of them are really good. But this one was a flop from Shure, also there is not on or off switch on the microphone which would have been nice to have so it would not have to just stay on all time time. I would not make this choice again if I could go back and pick a new microphone all over.