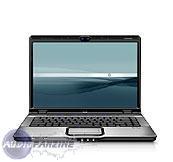 (contenu en anglais)
Afficher la traduction automatique
Afficher l'avis original
This is a review of the HP DV6000 Laptop. This was my first ever laptop. I got it $150 off at Micro Center during a sale. I trust HP, and their computers are no exception.

When I got this computer, I was super excited about it. I had chosen the differently-configured version. In terms of confusion, there are many types of DV6000 laptops by HP. Don't get confused thinking that there is only one. They are a series. Anyway, I got the laptop that I thought would fit what I wanted to do. My laptop was the one with the AMD Turion processor rather than the C2D. Why I did this, you ask? They were both the same price, but the one I bought had 2GB of RAM and a dedicated GeForce graphics chip versus 1GB and integrated for the C2D machine. I had went out on a limb purchasing the one with the slower processor.

With regards to the processor, it didn't stand a chance against the C2D processor. However, my uncle bought the C2D version, and the 1GB of RAM caused a lot of problems for him. Also, on my laptop, I was astonished when I realized that it would run Counter Strike: Source on it. It was no Alienware, but it ran CS:S at a surprisingly good framerate.

My PC came with Windows Vista Home Premium. Despite what the critics say, I love Vista. It's easy to use. Some things didn't run as well as I had hoped, but this was due to the processor. Installing things was a breeze and the visuals were sharp. I noticed that on the AMD editions of the laptop, Windows Flip 3D didn't run as well as on the C2D version.

Besides all of the eye candy, this laptop was rugged. I mean, I've had kids I was hanging out with step on it, put a chair on it, and even had a stick hit it. The screen is great and durable. The frame is cool looking and the design on the top is neat.

Also, the built in Wi-Fi card is handy. However, I couldn't devise a way to get it to work with Linux. Also, the multi-card reader on the side is handy.

Onto the cons of the PC, I will mention that it does get hot. This is to be expected with all laptops, though. Also, the few performance issues I listed above regarding stuff like Windows Flip 3D could've been ironed out, but they are negligible. Also, the thing took a long time to log in. Usually around a minute. This was one thing that irritated me.

In general, the laptop is a great one for the price. HP has solid costumer support. The laptop is pretty rugged and I put it to good use. It was a great starting piece of hardware when it comes to laptops, and I still use it now.
Ceci est une revue de l'ordinateur portable HP DV6000. Ce fut mon premier ordinateur portable jamais. Je l'ai obtenu 150 $ de rabais au Centre Micro lors d'une vente. J'espère HP, et leurs ordinateurs ne font pas exception.