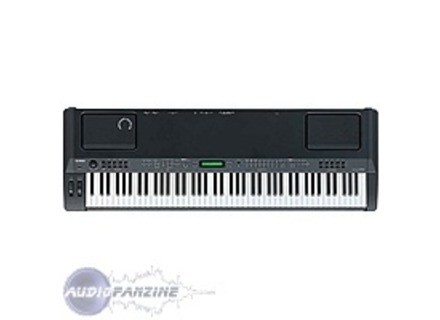 The sounds are realistic, except I don`t like the brass sound on it, that`s about the only thing. I like the brass sound on the Technics PR-305 Digital Piano better, it sounds a truest instrumental sound, but over all like all the other instrumental sounds on it,the sounds are OK. it has a touch sensitivity too. I would put the Yamaha CP-300 on top of the Technics PR-305 with the midi cables hooked up to it, I`d get four different sounds at the same time.