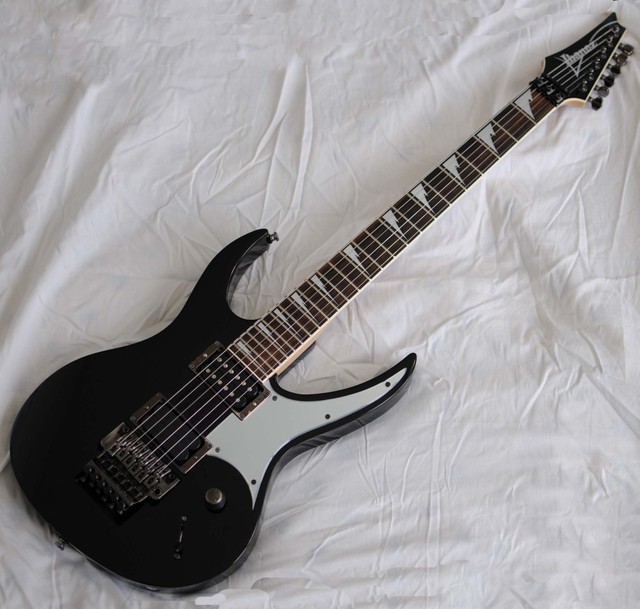 (contenu en anglais)
Afficher la traduction automatique
Afficher l'avis original
The Ibanez 540PII was part of the old Power series that started way back around the late 80s. The body itself is actually a reversed Power body, making the guitar more radical than most others out there. It features a 24 fret Wizard neck with sharktooth inlays, binding and a variety of pickup options. The one I tried had two humbuckers. The body is made out of basswood, and the neck is maple with a rosewood fretboard.

The body on this is definitely an acquired taste. One real cool thing it does is have an extended lower horn to get to the higher frets easier. While it's easier getting there, I find the back of my hand tends to hit the lower horn since it's extended. The upper horn actually feels fairly normal, so I think it's just the lower horn that's extended and pushed back. The guitar came equipped with the famous Ibanez Edge bridge, and those things are absolutely amazing. It's easily one of my favorite floyds out there.

The pickups in this guitar sucked. That said, the guitar itself was very vibrant. I didn't replace the pickups in this actual model, but I know that DiMarzios tend to work awesome with the basswood bodies that Ibanez mainly uses. I have this problem with most Ibanez for whatever reason. The electronics are a real weak point, and they're only just now starting to use actual production model DiMarzio and Duncan pickups, but even then, they're not in all the models...