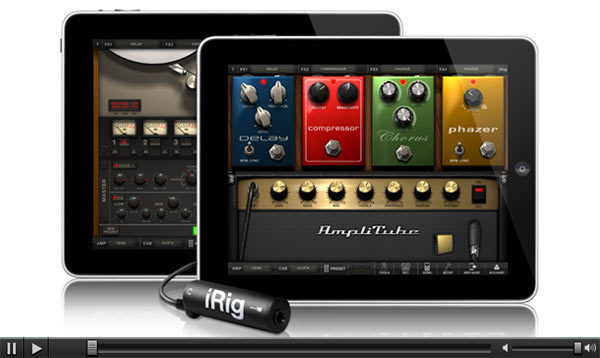 (contenu en anglais)
Afficher la traduction automatique
Afficher l'avis original
This is basically the same thing as the iPhone and iPod Touch versions. IK Multimedia has tapped into Apple's highest selling devices in order to create a cool touch screen guitar modeler. That said, it's not the best thing in the world. There are no compatibility issues since it's all made for the Apple stuff and can be bought via the iTunes store. I never read the manual, so I can't comment on that. It's extremely easy to setup and go. In fact, I like it better than the normal PC version, but there are a few issues at times when it comes to the touch screen. The biggest thing is that you need some sort of special cable to connect it to the iPad or whatever i device you may have. If you don't have that cable, you can't use this software.

The program would sometimes crash randomly. You can tell because it would suddenly go back to the home screen, and when you tap on the icon again, you would be brought back to the beginning. This lead to many presets that were deleted when in the middle of creating them. I can't tell you about performance because I wasn't monitoring anything with the iPad when I was doing it. The speakers in the iPad suck, so you're not going to get the best sound with this thing. On top of that, the modelers themselves don't sound all that wonderful. It's definitely more of a novelty thing than a practical purpose modeler such as the Axe-Fx.