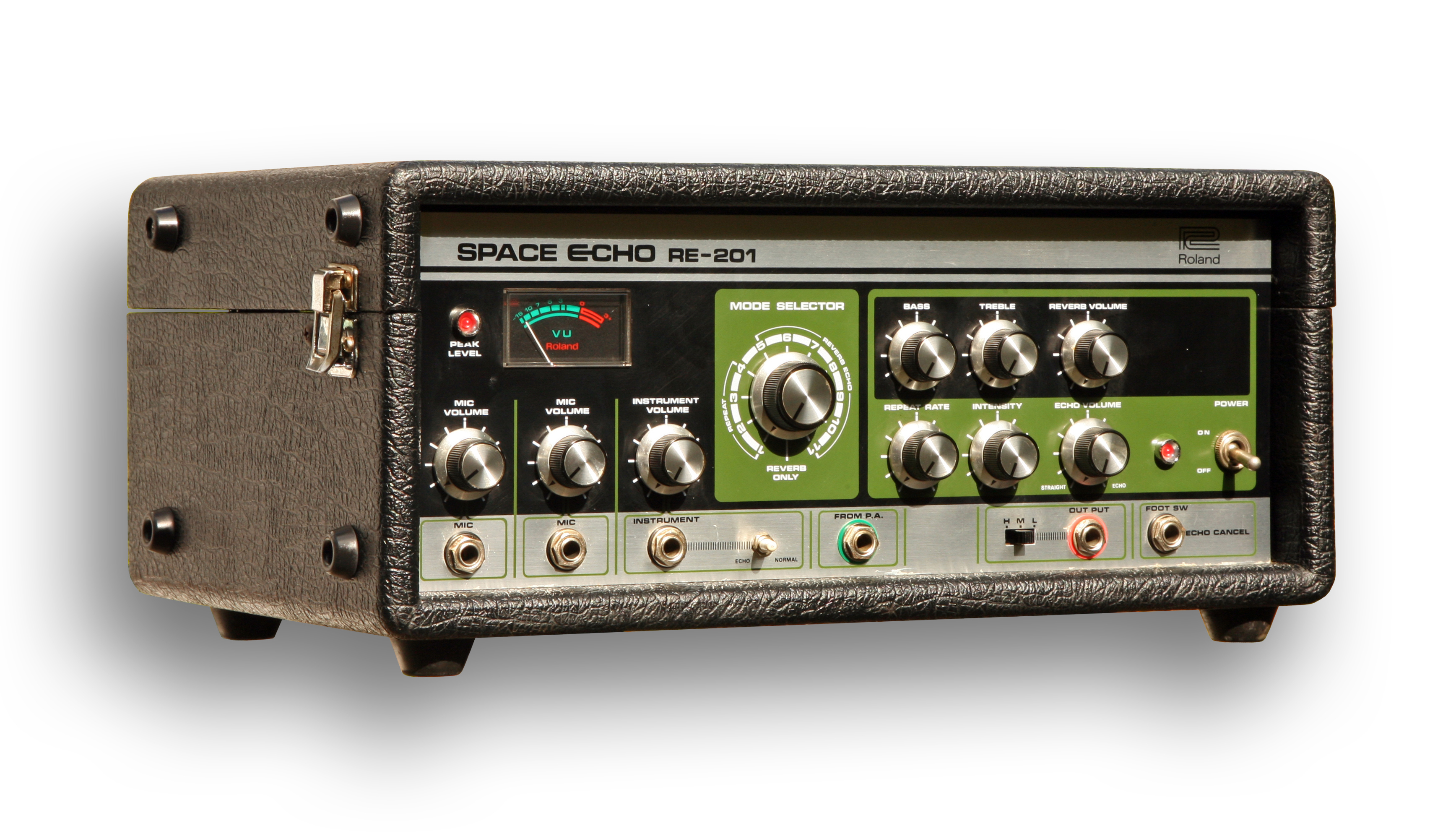 (contenu en anglais)
Afficher la traduction automatique
Afficher l'avis original
This analog tape echo is one of the all time great models. Often considered a classic, it's been imitated and reissued but for some reason most of the echos don't come close. This is probably because a lot of imitators do not have an actual reel of tape, which the RE-201 does. The unit has 1/4" inputs and outputs (wet and direct) and it also has a footswitch input. It is not rackable.

The setup of this echo box is pretty simple. There's a knob for each input (level) and six different settings. The settings are basically either a single or repeat delay, but with subtle variations. It also has the standard knobs for speed, intensity, and effect level that come with most delays. It has a manual that is pretty much irrelevant; anyone who is knowledgable enough to be purchasing this should have no problem using it.

While the pedal might not seem incredibly fancy, the quality of the sound is arguably the the best I've ever heard. It's so unique for someone my age who grew up using digital delays; they really don't compare. This has a far more natural sound than most digital delay pedals and plug-in delays. Between the knobs and the six settings, there's a vast amount of options with this pedal. It's versatile enough to use on multiple instruments, which makes it more ideal for recording multiple instruments. I'm used to delays that don't sound particularly good for anything other than guitars.

The sound quality puts almost anything to shame, which is saying a lot since there's literally been hundreds of products that have been made since then.

In my opinion, the best thing about this pedal is the sound quality. It is amazing. The tone control is also stellar. I have played countless delays but this was my first experience with tape delay. I asked around and almost everybody recommended this one, and they did not steer me wrong. I would certainly replace it if I had to and I would certainly recommend it.
Cette écho à bande analogique est l'un des modèles tous les temps grands. Souvent considéré comme un classique, il a été imité et réédité mais pour certaines raisons la plupart des échos ne sont pas près. C'est probablement parce que beaucoup d'imitateurs n'ont pas une bobine réelle de la bande, dont le RE-201 ne. L'unité a 1 / 4 "entrées et sorties (humide et direct) et elle a aussi une entrée footswitch. Il n'est pas rackable.