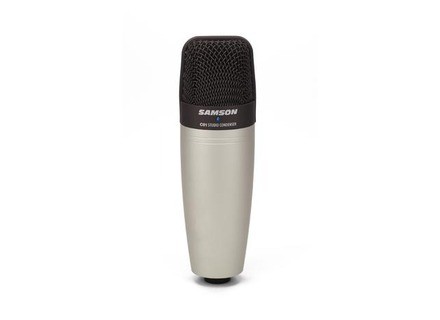 I have a pair of these that I have had since about the year 2000. I bought them as vocal Mics for my home studio and actually used them as such for several years, albums and demos.

The Mics are pretty decent sounding. They are large diaphragms and give a decent enough sound for the price but they tend to distort fairly easily under load. So I would not recommend using them in a Kick drum or on a powerful male or female voice. You will get some distortion even with a pad on your pre-amp.

They require 48-volt phantom power as do all studio condensers and you will find, as I did, that they sound a little thinner than your average large diaphragm condenser Mic.

All that being said, these can be gotten at almost any music store for around fifty dollars US and when you look at them in that context. They are a great Mic.

If you have an average voice without a bunch of power and use some distance between you and the Pop Filter, you will get good useable results.

I have a low baritone voice and I need to stand about 3 feet away to not distort it. My wife, on the other hand with her higher female voice, uses this Mic and sounds great on it. So if you look over the response curve and try it on some real world situation tests, you should get a lot of good out of these.

The unit comes in a cheap plastic case; one of mine is still in great shape the other has pulverized. Invest in the shock mount, you will need it to save you from stand, floor noise.

I have since moved to a better Mic but keep the Samson C01s for drum overheads and they really ROCK there.
Ceci est un micro à condensateur Studio.