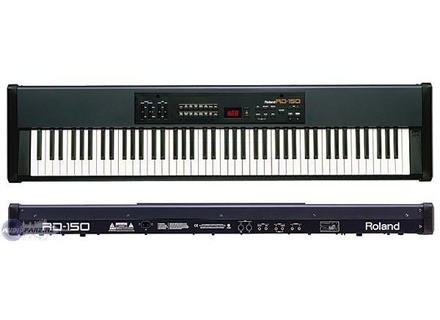 It is pretty easy to use. Add a couple of samples and effects to a patch and save it in the user-bank. Then it's very easy to access it from any sequenser.. most of that work is automatic (You have to setup some stuff on the JV-1080). There are alot of patch-name-lists (+studio module for cubase users) on the net if you want to use the factory patches.. they are very useable (but therefor many uses them).

It feels like it can take some crap without complaining... never tried though..

It got high quality samples. You can layer samples to make new sounds.. add effects.. play around. It really sounds great. The expansion boards (JV-SR-cards) adds extra samples and patches that mostly sound really nice. I almost only use the sounds as background stuff.. hardly ever any sounds from it for main melodies and stuff.. got other stuff for that. I use this module to build up some more atmosphere to my music.

It does what you tell it to. Very good midi (alot easier to control than JV-1080.. but some says it's not as tight as the JV-1080.. never noticed any _obvious_ timing-diff.. never used it for drums and stuff like that).. I really recommend this one if you need a good soundsource.. even if i prefer samplers more nowadays.. still got 2 of theese JV's + a bunch of expansion cards (had 8 different cards)