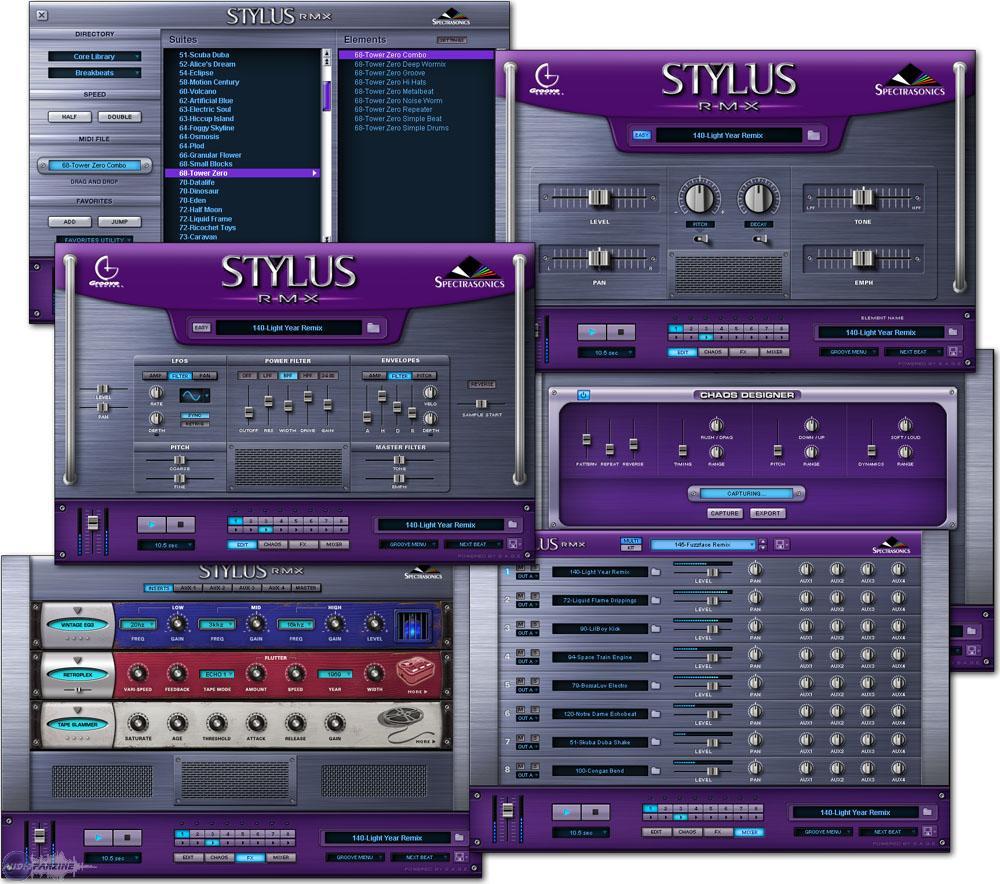 (contenu en anglais)
Afficher la traduction automatique
Afficher l'avis original
Stylus RMX has worked on both of my pc's to a great standard. I have used it on a low end computer (1.8GHZ pentium and 1gb ram) as well as my current (2.5GHZ Core2Quad & 4GB ram) and it runs decently on both. Some of the sounds on the low end PC end up coming out choppy in the final mix, though I think this could be a cause of my lack of CPU power. All the sounds and drum samples in Stylus RMX are easily accessable and findable. They are all organised into genres and are quick to load. It works nicely in both of the DAW's that I use, Ableton and FL Studio.

This software runs fine in both FL Studio and Ableton. I picked this as my drum VST of choice for ableton as it does not have a step sequencer on par with FL Studio. However it does has its use in FL Studio, as the actual drum sounds on offer are brilliant and some of the loops are great. The bank of stock drums in this VST are much better than Battery in my opinion and they are all well EQ'd already so you don't have to tune out the bad frequencys in the bassy drums. It weighs in at about 12 GB, a very good size for software filled with so many different samples and loops. Sometimes bad patches can overload my CPU and cause crashes, so if you are on a low end computer, watch out. I'm not sure if it is specific patches causing this or the VST itself.