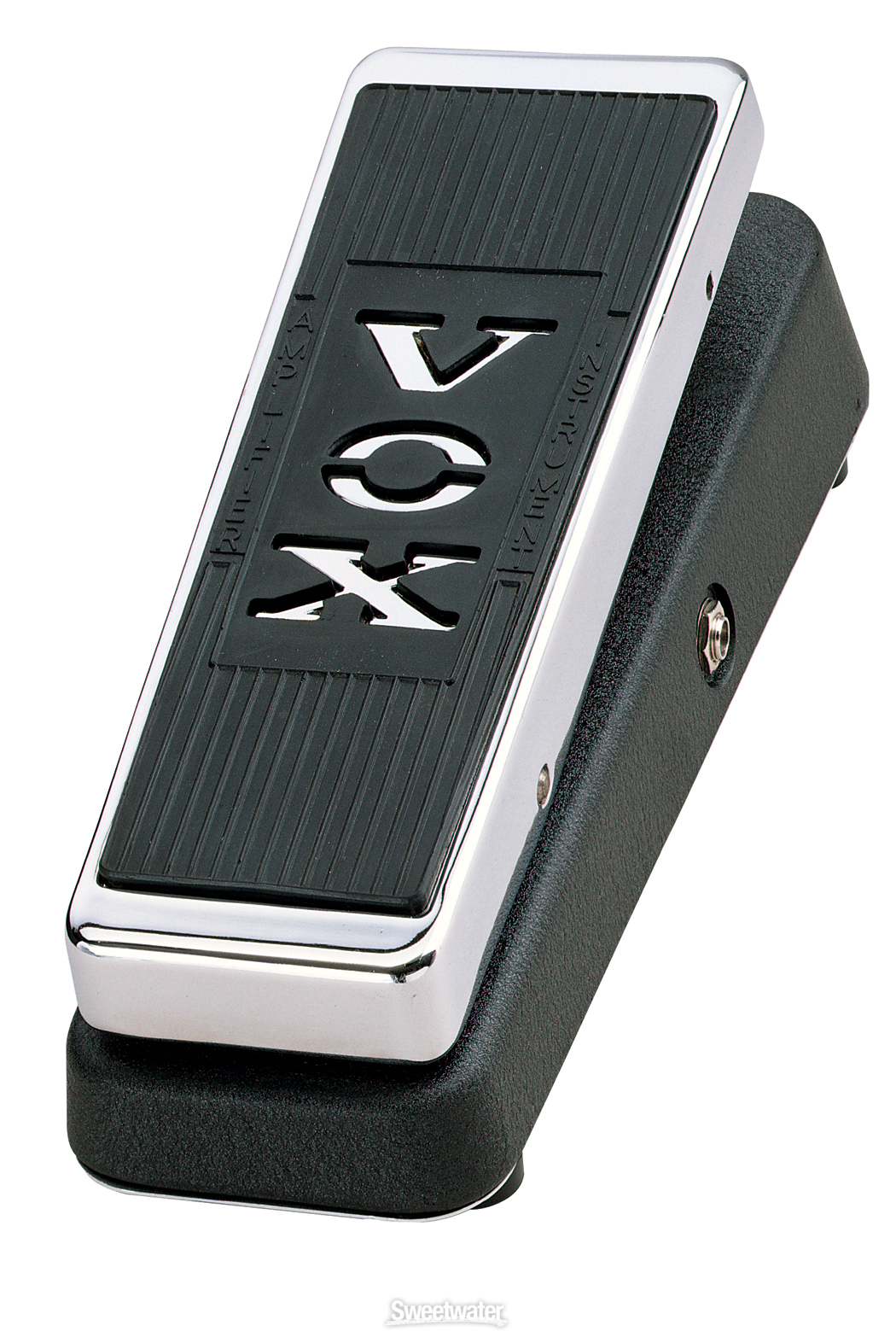 (contenu en anglais)
Afficher la traduction automatique
Afficher l'avis original
This is a pretty standard wah pedal, but it sounds pretty great. There's just the wah and a bypass which you activate by pressing the pedal down until it clicks. It's an old-school style pedal and it still works great. Nothing but an input and output, no midi or audio connections, but that's not really the point anyway.

The setup is pretty straightforward. The only thing that's somewhat annoying is replacing the battery. To do this, you have to remove the rubber feet with a screwdriver and take the bottom panel off. That's not too bad though. Everything else is just a matter of plugging it in. There isn't much need for a manual. Make sure the wheels stay lubricated or else you'll have a hard time rocking it back and forth. This is generally not a problem for most people, though.

I particularly like the sound of this pedal. It's pretty bright, and without a compressor or some good EQ'ing it can be a little much when using distortion, but otherwise it sounds awesome. I think it sounds less cliche than the Crybaby, and other, later models tend to be cheap imitations with not as much clarity. Some models tend to overemphasize the wah by making the difference in the envelope enormous, creating a ridiculously obvious wah sound. This tends to ruin some of the clarity of the guitar you're playing. The Vox Wah wisely avoids this by making the shift less drastic and giving it a sound that focuses more on what you're playing than what your foot is doing.

I've had my pedal for about 8 years. I broke it once but I think that was due to negligence more than anything (I was young). I like the fact that it's simple and easy to use, and that it wasn't too expensive. It sounds awesome and it definitely puts most other pedals to shame with its tone and simplicity. The biggest complaint I have is honestly changing the battery, which is really just nitpicking. While there are other wah pedals out there that might be better geared for other people (namely guys who want a really obvious sound), I couldn't imagine playing anything other than this. I think Vox definitely nailed it with this one.
C'est une pédale wah-wah assez standard, mais il semble assez grande. Il ya juste la wah-wah et un bypass qui vous activer en appuyant sur la pédale jusqu'à ce qu'un déclic. C'est une pédale de style old-school et il fonctionne toujours aussi bien. Rien, mais une entrée et de sortie, aucune connexion MIDI ou audio, mais ce n'est pas vraiment le point de toute façon.