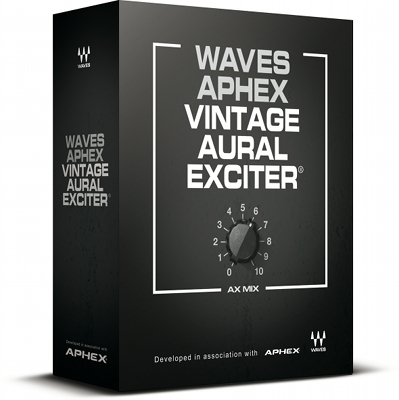 (contenu en anglais)
Afficher la traduction automatique
Afficher l'avis original
Waves has released a plugin modeled after the very famous Aphex Aural Exciter. The original hardware device, used throughout the 70s and 80s, was considered to be the pinnacle of technology when it first came out. The plugin itself operates in a complex way of enhancing the vibrancy of whatever bus it's put on, but it's a pretty simple to use plugin. You have a mode selector that selects between Mix 1, Mix 2 and Ax. The Meter is simply a meter to view so you can monitor what's going on with the waveform. The Input controls the input gain, the Ax Mix controls the amount of aural excitement that's being mixed into the original signal, the Output controls the gain, Mains give it a unique analog-esque characteristic that make this act like the original unit and the noise controls the amount of "analog noise" added to the sound.