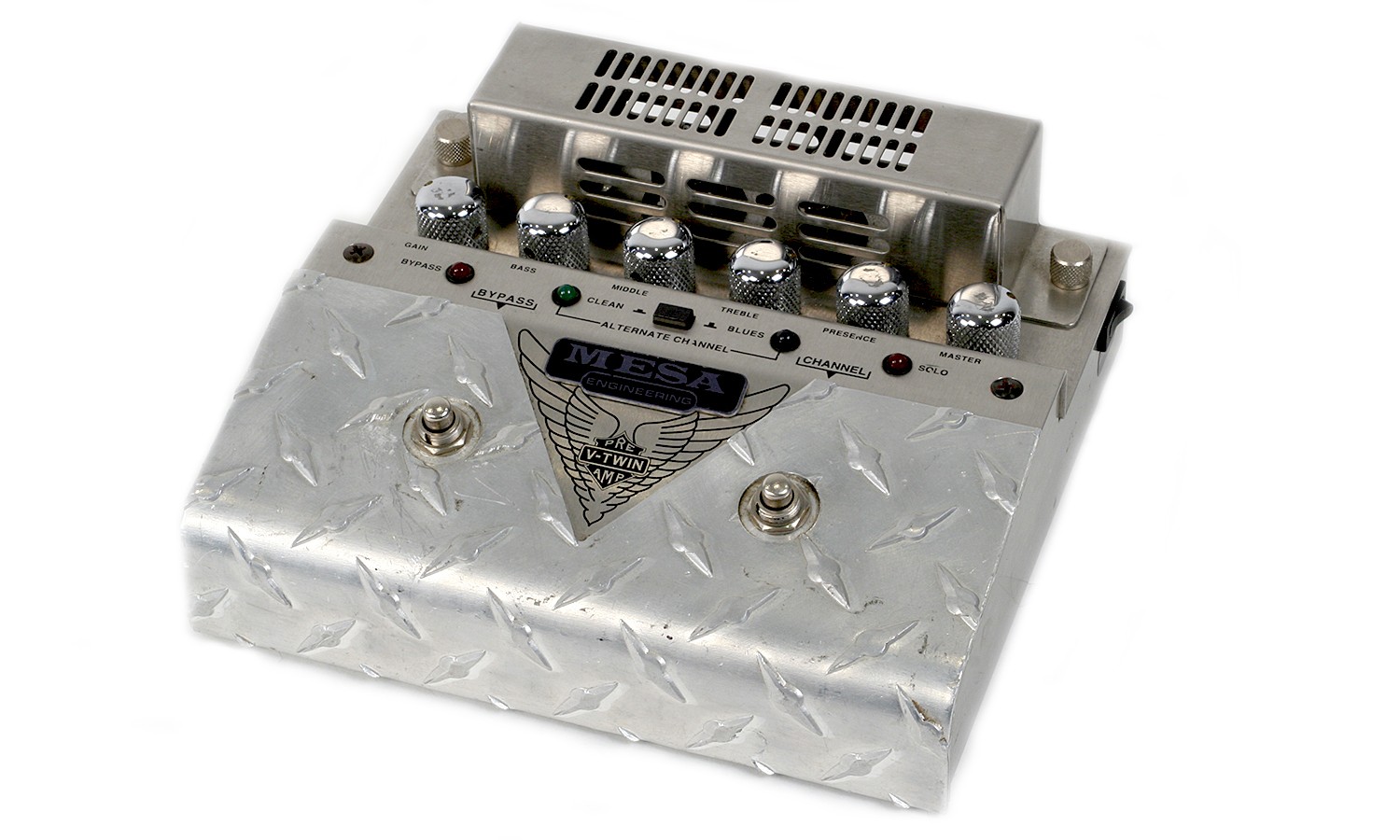 Like an amp or a slightly more complex pedal, there's a few EQ options. There's also 3 modes, clean blues and solo. Solo would be the one having the most 'gain' while blues is just like a mild overdrive and clean of course is clean.

The headphone out is useless everything sounds like static crap coming out of that. The pedal itself is big and heavy! Comes with it's own adapter to provide proper power. You can use clean or ONE of the distortion modes, you can't layer them together, nor can you switch between the two with the footswitch. Which, hinders it's versatility in my opinion.

You can use this as a front end amplifier for whatever combo/amp you have backing or as an overdrive or boost to your original amp's tone. I've found using it as the boost was WAY more useful than as a standalone front end preamp.

The EQ is a universal EQ for all three modes, so it's simple yet not super versatile. You have to settle on one EQ setting for all your modes.

There is also a control for changing the clean's tone making it break up earlier or not via a trim pot.

Cleans: These are your classic boogie cleans. Not too shimmery, not muddy but smooth. I was never really a big fan of boogie cleans to begin with but this is usable and doesn't break up.

Blues: Offers a slightly bluesy crunch to your existing sound. Sort of like what a regular blues overdrive pedal would provide except with the preamp being tube, it's more compressed and smoother in tone. A little bit more organic sounding and not sterile or bitey like a blues driver for example, would sound like.

Solo: This is the supposed high gain channel in which, it's really not. It's more of a classic rock gain structure. For some reason when I bought this somebody suggested that it was a dual rec in a box. This is simply WRONG. The V-Twin is designed to achieve CLASSIC boogie sounds and by that I mean the NON-metal amps, PRE mark IIC+ era. And so the distortion is not high gain, it's full of mids and very smooth, for rock or smooth blues leads.

As a front end amplifier, I didn't like what it had to offer. The blues mode was decent, though I found more tone in the solo mode for blues. And when I wanted a rock sound I struggled. However, upon my frustrations I tried to use it as an overdrive, boosting the amp after setting it for medium gain distortion in solo mode, and WOW. Now THIS is what i'm talking about! What came out was HUGE distortion, dynamic, clear, high gain, thick, everything one can possibly imagine wanting for high gain purposes! It was huge! And I couldn't believe how thick the distortion was! Possibly due to the preamp tube design as opposed to regular non-tube overdrive pedals, but it was just overall WAY juicier!

It's decent as a preamp pedal, but even better if treated as a tube overdrive pedal for high gain stuff. That's where I was really impressed, although the design may not have been intentionally made that way. That's how I used it and that's how I liked it. But as for what it was designed for, I guess it was decent. I would recommend it as an overdrive but not as a preamp pedal for anything else.

There are better tube preamp pedals out there offering more variety in sounds and more flexible EQ options. This was a pretty limiting pedal. If it was designed with just the solo mode and it's EQ it would be an awesome overdrive pedal. But it's not enough to serve as an actual 3 mode pedal since the controls are so limited. So i have to review it quite low as I didn't like anything about it as how it was designed to work, but instead sounded great as something else.